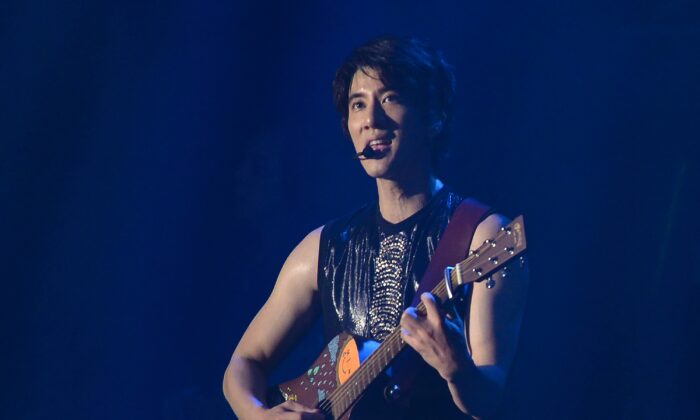 Wang Leehom, an American songwriter and singer, performs on stage during his solo concert in Nanjing, in east China's Jiangsu Province, on May 20, 2018. (Chinatopix via AP)
Social Issues

BEIJING—An Asian American who is one of the biggest pop stars in China apologized to his family and fans on Monday and said he will take a break from performing after a public dispute on social media with his ex-wife, who accused him of infidelity and hiring prostitutes.

The dayslong back-and-forth has riveted fans of Wang Leehom, who is popular across the Chinese-speaking world and has acted in movies including “Lust, Caution” in 2007. The scandal was the top trending topic on the Chinese social media site Weibo, with many blaming and criticizing him.

He appeared to be trying to end the burgeoning public relations disaster with his apology to his parents, ex-wife, and children.

“I failed to manage my marriage properly and caused trouble for my family. I didn’t give the public the image an idol should have,” he wrote. “This is all my fault.”

The social media war began after Wang, in an online post last week, confirmed speculation that he and his wife had divorced. Her accusations contrasted with the wholesome image he had cultivated as a husband and father.

The singer was born in Rochester, N.Y., to parents from Taiwan, according to online biographies. He was last seen dodging the media at Taoyuan airport in Taiwan after arriving Saturday from Beijing, Taiwan’s Central News Agency said.