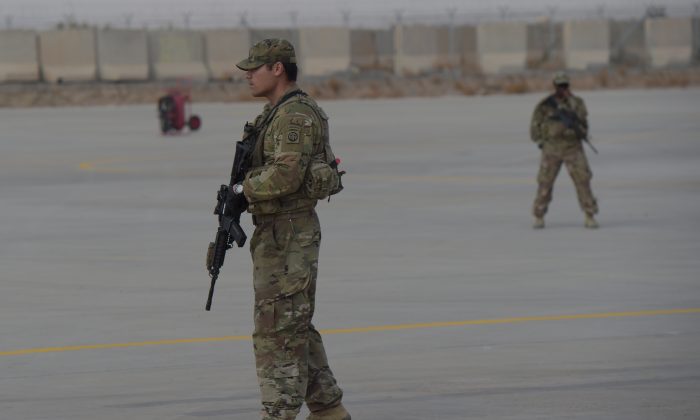 2 US Service Members Killed, 6 Others Injured in Afghanistan

Two U.S. service members were killed and six others injured when an individual in an Afghan uniform opened fire on them, the U.S. military said on Saturday.

The incident, which took place in Nangarhar province, occurred after a combined U.S. and Afghan force was returning from a “key-leader engagement,” Colonel Sonny Leggett, a spokesman for U.S. forces in Afghanistan, said in a statement.

“We are still collecting information and the cause or motive behind the attack is unknown at this time,” Leggett added.

Insider attacks, often known as “green-on-blue” attacks, have been a regular feature of the conflict in Afghanistan, although their frequency has diminished in recent years.

A senior Afghan defense official said it was not clear whether the incident was a result of clashes between Afghan and foreign forces or whether hardline Islamic extremists were responsible for the attack.

“We are not ruling any possibility out but we are not calling it an insider attack, Taliban attack, or ‘green-on-blue’ at this stage,” said the official who requested anonymity.

Sohrab Qaderi, a provincial council member in Nangarhar, said clashes happened between the Afghan army and foreign forces in the Shirzad district on Saturday afternoon.

He said members of the Afghan forces had been operating in the area since last month, and foreign forces were also in the district to defend against Taliban attacks.

“It seems that clashes happened between Afghan and foreign forces during a raid or maybe there was a tactical mistake,” said Qaderi.

Investigations of past rogue attacks had uncovered many reasons for so called “green-on-blue” shootings, including frustration with the 18-year war in Afghanistan against the Taliban and other extremist Islamic groups.

About 14,000 U.S. troops are stationed in Afghanistan as part of the U.S.-led NATO mission to train, assist, and advise Afghan forces and to carry out counter-terrorism operations.

U.S. diplomats have been talking with the Taliban for months to agree a timetable for the withdrawal of foreign forces in exchange for security guarantees.

Despite talks between the United States and the Taliban to end the war, violence in the country has not ebbed.