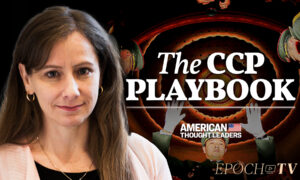 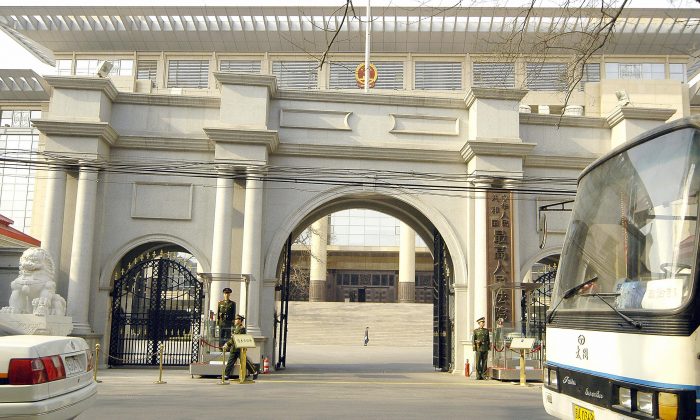 The Chinese regime’s top legal bodies recently issued a new interpretation of a 1999 law used to justify the persecution of the spiritual practice of Falun Gong, updating interpretations issued in 1999, 2001, and 2002. With the Xi Jinping administration having taken some steps that seemed to move away from this persecution, the significance of this new legal action is unclear.

The persecution remains one of the country’s most lethal political campaigns, with periodic reports of deaths in custody through torture, starvation, and more. Researchers published a 680-page report in June 2016 documenting the Chinese regime’s organ harvesting of Falun Gong practitioners and other prisoners of conscience.

The “Interpretation from the Supreme People’s Court and the Supreme People’s Procuratorate Regarding the Application of the Law in Handling Cases Involving Heretical Religions” was issued specifically to guide the regime’s judicial organs in implementing Article 300 of the Chinese criminal law. Article 300—”using a heretical religion to undermine the implementation of the law”—is the piece of legislation the Chinese regime uses mainly to prosecute practitioners of Falun Gong.

Falun Gong, or Falun Dafa, is a traditional Chinese spiritual practice that involves exercises and living by the principles “truthfulness, compassion, tolerance.” Since former Chinese leader Jiang Zemin ordered Falun Gong suppressed in 1999, Chinese security officers have been arresting practitioners for handing out leaflets or DVDs explaining why the regime opposes them, or for simply carrying digital audio players loaded with Falun Gong music. Public prosecutors then use the leaflets or digital players as “evidence” that the practitioners had broken the law under Article 300, and the court sentences practitioners to lengthy jail terms.

Most of the persecution, however, is not done through legal channels.

Falun Gong practitioners once comprised the majority of the inmate population of forced labor camps, an extralegal detention system that was used to punish political prisoners without putting them on trial. Up to 80 percent of the inmates in the Beijing Women’s Labor Camp are practitioners, according to a 2012 United States Congressional hearing.

Practitioners held in various detention and brainwashing facilities are also at risk of being killed for their organs. According to independent researchers, the Chinese regime carries out tens of thousands of transplants a year, the bulk of them harvested from Falun Gong practitioners who are killed in the process. The Chinese regime’s organ harvesting has been formally condemned by the United States House of Representatives and the European Parliament.

Under the administration of Chinese leader Xi Jinping, the regime appears to be winding down some of its means of persecution. One of Xi’s first policies was to formally close the labor camp system. Last year, the regime’s paramilitary, whose hospitals are deeply involved in organ harvesting, announced that it had started giving up its business interests, including hundreds of “medical cooperation projects.”

The Xi administration has also made gestures during key persecution dates which suggests that it is rethinking the regime’s stance on Falun Gong. A handful of local courts, police stations, and procuratorates have declined to press charges against arrested practitioners. One public prosecutor even went on record saying that the regime didn’t have “any laws or statutes” that  state that Falun Gong is a “heretical religion.”

The new Interpretation, if nothing else, makes clear the regime hasn’t abandoned its persecution of the group.

According to Yiyang Xia, senior director of research and policy at the Washington D.C.-based Human Rights Law Foundation, Article 300 and the Interpretation are legally invalid because they contradict Article 36 of the Chinese constitution. Article 36 guarantees the religious freedom of Chinese citizens. Xia added that when the regime uses legislation to target Falun Gong practitioners, it is “not the enforcing of laws, but the perpetuation of a suppressive political campaign.”

The 2017 version of the Interpretation retains most of its provisions, but now accounts for “developments in information technology,” by adding a new ruling on the spreading of “heretical religion” material via the internet. The Interpretations also offers “special leniency” by withholding prosecution or punishment of members of “heretical religions” who renounce their beliefs; the earlier version only called for the judiciary to lighten sentences or do away with punishment.

Yiyang Xia notes that the very act of reducing punishment for those who renounce their “heretical religious organizations” clearly demonstrates that punishment “is not based on crimes committed but on religious belief.”

“The ‘rule of law’ has never happened under the Chinese Communist Party’s reign,” Xia concluded, pointing to the primacy of Party rule in the regime.