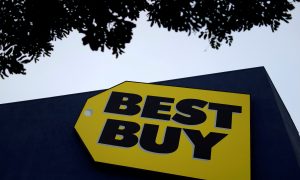 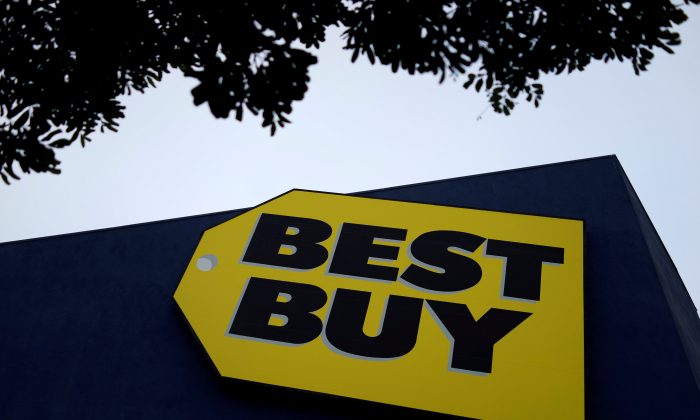 A Best Buy store is seen in Los Angeles on March 13, 2017. (Reuters/Lucy Nicholson/File Photo)
US News

Best Buy has offered to rehire a security guard who was fired after tackling a man wanted on a felony warrant, who he saw fleeing from police officers.

The security guard, publicly identified by his first name only, tackled Timothy Trujillo, 35, outside a Best Buy in Roseville.

Tyler, who is also an Army veteran, said that he was compelled to act after seeing Trujillo knock down a sheriff’s deputy.

He jumped into action and tackled Trujillo to the ground.

“He started running past me and I thought I was doing the right thing by stopping him,” Tyler told Fox 40.

Lt. Andrew Scott, spokesperson for the Placer County Sheriff’s Office, confirmed that Tyler stopped the suspect, “preventing him from escaping.”

“Obviously, we are very grateful [Tyler] intervened,” Lt. Scott added to ABC 10. “Luckily no one was hurt. That’s our first and most pressing concern in something like this, but because he intervened we were able to catch this man and take him off the streets.”

But instead of rewarding Tyler for the heroic deed, Best Buy management decided to fire him.

“Our policy is clear, employees are not to chase potential criminals outside of the store. Chasing an individual in the parking lot creates a safety risk that isn’t worth taking, regardless of how noble an employee’s intention is,” Best Buy stated.

The company reversed the stance after a backlash following news reports on Tyler’s firing.

#NEW: A security guard at Best Buy is seen in surveillance – tackling a suspect who punched a deputy while resisting arrest at this Roseville shopping center. The man was later arrested – but the security guard was fired for violating company policy. @FOX40 pic.twitter.com/U3SHsz9Zbj

“We made a decision to terminate our employee for violating our clear policies but have had reason to take another look at what happened,” said Best Buy in an emailed statement on Jan. 28 that was obtained by the Sacramento Bee.

“In the end, we understand he made a split-second decision to do what he thought was right and, while we wish he hadn’t put himself or anyone else at risk, we regret our initial decision and will be offering him his job back.”

Tyler has not responded to the offer.

He told the Bee that he knew he was breaking company policy by helping the police but didn’t expect to be fired.

“I stand by it. I think it was the right thing,” he said. “My supervisors didn’t even see it happen. … I told them I was probably going to get in some sort of trouble for it.”

The sheriff’s office, meanwhile, said that Trujillo was wanted for numerous burglaries by the time he was caught.

“Trujillo struck one of the detectives and fled in an attempt to escape. After a short foot pursuit, they were able to get Trujillo under control and handcuffed,” the department said in a statement.

“Trujillo and his car were searched and detectives found methamphetamine, stolen property, and burglary tools.”

He was booked into the South Placer Jail and faces charges of assaulting and resisting a peace officer, possession of burglary tools, possession of methamphetamine, and burglary.

Also in Best Buy, a warehouse employee was arrested earlier in January for allegedly stealing from the company.

“He used totes that they use to move merchandise around the warehouse,” Maj. Mike O’Donnell told WDRB. “He stacked those at his work station to block the view of the cameras.”

Then, during breaks, Vincent would wrap up the stolen items, take them outside, and drop them on the other side of a fence. Later, before leaving work, he’d scoop up the items.

Vincent allegedly confessed to selling the items “on the street.”