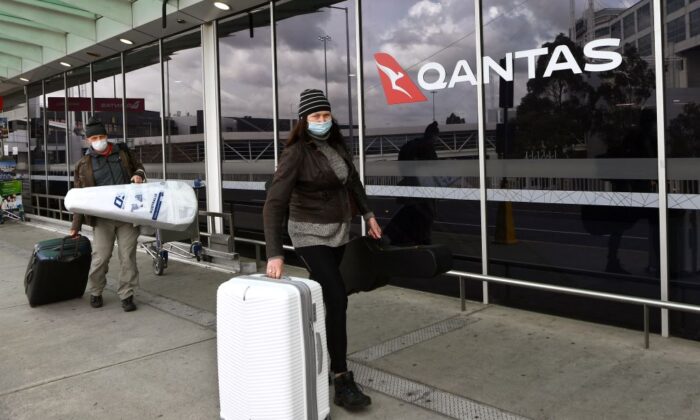 Unvaccinated travellers—including international tourists, business travellers, and other visa holders—will still need to apply for an exemption to enter or leave Australia as the government declares an extension of its COVID-19 emergency health powers until April 17.

For unvaccinated Australians, they can still return from overseas as long as they quarantine for a fortnight in a government facility at their own expense.

Health Minister Greg Hunt confirmed in a statement that a further extension of the emergency period, which has been in place for two years since March 18, 2020, was required due to the ongoing global outbreak of the Omicron variant.

“Whilst the peak of the Omicron wave has largely passed, the health advice is that this is an appropriate response while the Australian Government continues to develop and implement management strategies to mitigate the impacts of Omicron,” Hunt said.

The advice to extend the “human biosecurity emergency period” came from specialist medical and epidemiological advice of an expert medical team, comprising of the state chief health officers and the chief medical officer, Paul Kelly.

The extension means the five existing powers remain in place for another two months. However, they may be changed to manage the virus during the approaching winter season.

The five emergency powers include:

Hunt said the pandemic measures implemented under the Biosecurity Act 2015 by ensuring the accessibility of powers to the government has protected Australians.

“These emergency requirements have helped Australia respond quickly to manage the number of inbound and outbound travellers, reduce the risk of COVID-19 spreading on flights and at international airports in Australia, further manage the number of cases in quarantine facilities, and ensure the accessibility and affordability of rapid antigen test kits,” he said.

At their next meeting in March, the government will be discussing “Phase D”, the final phase, of Australia’s next steps to reopen to the world, involving the reducing of restrictions and opening of international borders.

By then, unvaccinated travellers would be allowed to enter Australia, subject to testing before and after a flight.

The article published on Feb. 14 has been corrected to say that unvaccinated Australians can return from overseas as long as they quarantine for 14 days. The Epoch Times regrets the error.