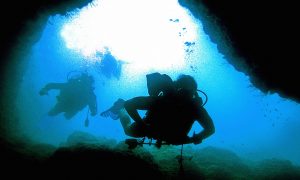 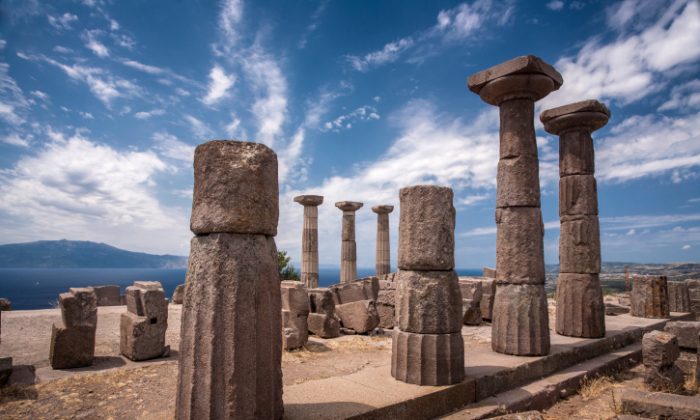 Unravelling the Mystery of the Flesh-Eating Sarcophagi of Assos

The flesh-eating sarcophagi located in the ancient city of Assos in Turkey are so named due to the unusual discovery that the bodies inside the tombs disintegrate at a very rapid rate, according to a report in Hurriyet Daily News. While most bodies take between 50 and 200 years to decompose, the bodies within the Assos tombs completely disintegrate within just 40 days.

Assos is a small historically rich town in the Çanakkale Province of Turkey, founded from 1000 to 900 BC by Aeolian colonists from Lesbos.  The settlers built a Doric Temple to Athena on top of the crag in 530 BC, from which Hermias, a student of Plato, ruled the region, bringing great prosperity and transforming Assos into a centre for some of the greatest philosophers in the world. It is here that Aristotle was married to Pythia in 348 BC. This ‘golden period’ of Assos ended several years later when the Persians arrived, and subsequently tortured Hermias to death. The Persians were driven out by Alexander the Great in 334 BC. Between 241 and 133 BC, the city was ruled by the Kings of Pergamon. However, in 133 BC, the Pergamons lost control of the city as it was absorbed by the Roman Empire.

Aside from its immense history, Assos is also famous for its unusual sarcophagi found within the Assos necropolis, which were known from ancient times to have the ability to decompose bodies extremely rapidly. Hence, they became known as σαρκο φαγοσ / ‘sarko fagos’ in Greek, which translates to ‘flesh-eater’, and it is from this interpretation that the word ‘sarcophagus’ originated.

The necropolis of Assos stretches from east of the city to the west, however, only the area outside the western gate has been excavated and studied. The oldest graves in the necropolis are large clay vessels dating back to the middle of the 7th century BC, which were laid on bedrock on their sides, with the opening oriented towards the east and closed with a stone. In the 5th century BC the first sarcophagi appeared, which were unadorned and had a flat cover upon which cubic stone blocks were placed with the names of the buried. Beginning in Roman times the sarcophagi were decorated and received inscriptions along one of the long sides to indicate their owners.

The sarcophagi, which are made of andesite stone, appear to have been recognised early on for their unique characteristics and were widely traded from the harbour of Assos, reaching as far as Rome and Egypt.

“Some long-time researchers have been trying to find out if the bodies decomposed in the tombs because of the stone used. Some researchers claim that the tombs include lots of aluminum material, and that that causes decomposition,” said Professor Nurettin Aslan, who is the head of the excavations in the ancient city. “Maybe the locals of Assos found that aluminum burned the skin and put this material inside the tombs for the body to decompose within a short time. In this way, the tombs of Assos have become famous around the world.”

Scientists still do not fully understand what properites of the stone cause the bodies within to rapidly decompose, but research is ongoing to unravel the mystery of the flesh-eating sarcophagi of Assos.