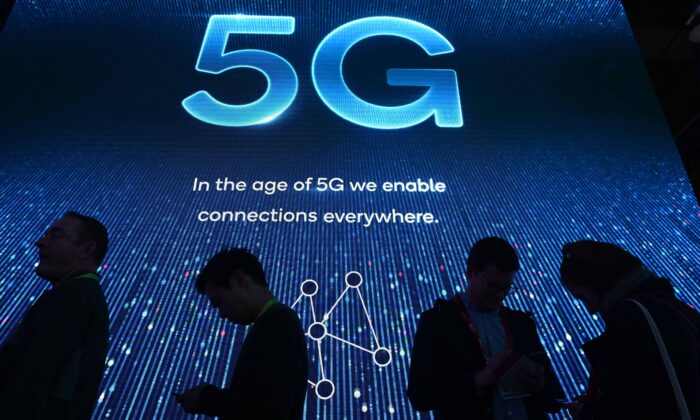 Attendees wait in line for a 5G exhibition at the Qualcomm booth during CES 2019 consumer electronics show at the Las Vegas Convention Center in Las Vegas, Nev., on Jan. 10, 2019. (Robyn Beck/AFP via Getty Images)
Viewpoints 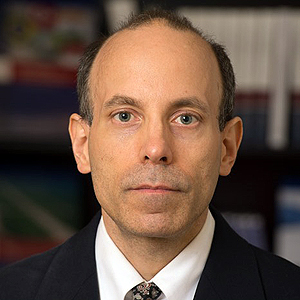 Today, the United States faces a challenge comparable to that when the Soviet Union launched the first space satellite. Confronted with potential foreign technological primacy, the American people rose to the occasion and won the space race as well as the Cold War.

Now China’s advances in 5G, perhaps the world’s most important emerging technology, are again threatening U.S. global technological leadership. The outcome of the worldwide contest for 5G power between China and the United States has accurately been called pivotal for deciding whether we will see “America’s darkest hour or finest hour.”

Federal Communications Commission (FCC) Chairman Ajit Pai, who has built an admirable record defending consumers and advancing U.S. telecommunications leadership, understands the importance of operationalizing 5G in the United States. The technology will transfer cellphone and internet data at lightning speeds—at least 10 times faster than many Americans presently receive. Such a transformation will allow firefighters to see through smoke, full-length movies to download in seconds, and soldiers to defend against multiple threats.

Although 5G has matured to the extent that the technology was used to broadcast this week’s Super Bowl game to some fortunate viewers, presently only a few Americans can enjoy 5G due to delays in building the necessary infrastructure in the United States and other Western countries. By contrast, China’s 5G rollout has been a top priority for Beijing. Chinese national security managers have long seen data as a strategic resource that they must bring under their control.

Thanks to predatory pricing, covert state subsidies, and other unfair competition, the Chinese regime has been able to carve out 5G leadership for its telecommunications firms within China and overseas. The misperception that Chinese firms offer cheaper products without major security costs recently led even close U.S. ally Britain to allow Chinese firms to help build its 5G networks through an announcement last week.

Sen. Tom Cotton (R-Ark.) said, “I fear London has freed itself from Brussels only to cede sovereignty to Beijing.”

As astute experts warn, if the Chinese control our 5G, they could control our health care data, our personal financial records, and our national security. National law requires that every Chinese company must obey the Chinese Communist Party and, as directed, pilfer data from domestic and foreign networks.

At home, Chinese analysts employ data to control the movement and thoughts of their people. Elsewhere, they exploit data to strengthen their artificial intelligence and foreign influence operations. These could include trying to shape what U.S. sports leaders can say and how Americans might vote in upcoming elections.

This week, Pai will reportedly announce the FCC’s plans to move forward with a C-Band auction, which will re-align the radio frequencies to power Wi-Fi and 5G infrastructure. Experts widely consider C-band to possess “Goldilocks frequencies” that can transmit data of any size virtually any distance—precisely what Americans need to deliver to power 5G.

Speed is of the essence here. To meet this year’s deadline for completing the auction, the FCC must overcome those vested interests who want to delay 5G to limit competition with their products and services. Rather than providing market rates to existing users on the C-Band, paid through the auction profits, these interest groups want the government to provide only small relocation costs to get them into other bands at just a fraction of the spectrum’s value.

This anti-innovation, anti-private property rights ploy will generate a cascade of litigation by the satellite companies currently operating on the C-band that would delay the C-Band auction and the implementation of 5G for years.

Americans can win this race if we act quickly to unleash U.S. innovators to regain 5G leadership and place the national interest first. The fate of the new Sputnik movement hangs in the balance.

Richard Weitz is a senior fellow and director of the Center for Political-Military Analysis at Hudson Institute and a freelance author.