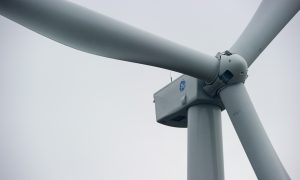 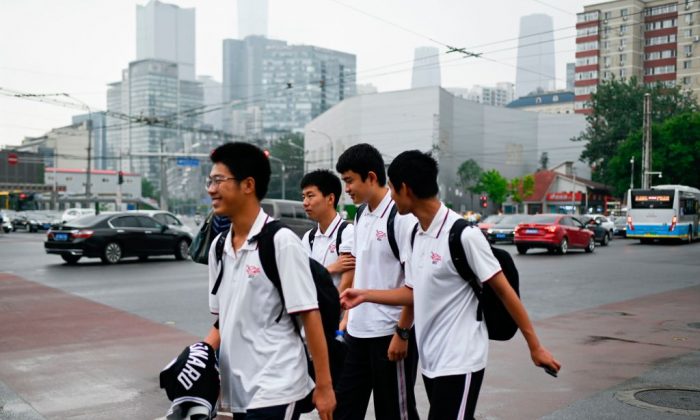 A group of students crosses a street in Beijing on June 6, 2019. (Wang Zhao/AFP/Getty Images)
US-China Relations

A researcher at the University of Kansas was indicted for concealing his full-time role at a Chinese state-run university while doing U.S. government-funded research in the United States.

Feng “Franklin” Tao, 47, an associate professor and researcher at the university’s Center for Environmentally Beneficial Catalysis, was charged with one count of wire fraud and three counts of program fraud, according to a press release by the U.S. Department of Justice (DOJ).

The indictment states that he was a university employee beginning in August 2014. Almost immediately upon his employment, he began researching under programs funded by the U.S. government.

According to the indictment, around May 2018, Tao signed a five-year contract with Fuzhou University. The school was established in 1958 by the local provincial government, China’s Ministry of Education, and the State Administration for Science, Technology, and Industry for National Defense, a ministry under China’s State Council.

The contract, which designated Tao as a “Changjiang scholar distinguished professor,” required Tao to be a full-time employee at Fuzhou University. The indictment states that the Changjiang professorship is a talent recruitment program sponsored by Beijing.

However, Tao didn’t disclose his employment at the Chinese university while filling out his annual conflict of interest report with the University of Kansas, which is a requirement for all its faculty and staff when they are hired and annually.

“Tao knowingly and intentionally submitted to the University false statements concerning his lack of a conflict of interest,” the indictment stated.

In April, Fuzhou University reported on its website that one of the school’s funds provided 10 million yuan (about $1.4 million) for Tao to conduct a three-year catalyst research program that began in 2018.

The school website also details the benefits that a scholar designated as a “Changjiang scholar distinguished professor” is entitled to. The school allows such scholars to live in a 200-square-meter villa (about 2,153 square feet) for free, and provides a one-time settlement sum of 500,000 yuan (about $70,560).

Additionally, the scholar can receive a one-time research funding of 5 million to 10 million yuan (about $705,560 to $1.4 million), funding that could come from the central government, provincial government, and the school itself.

It isn’t known what Tao’s salary was nor how much in financial benefits he received while at Fuzhou University.

Not disclosing his position in China allowed Tao to continue his employment at the University of Kansas, whereby he “fraudulently received” more than $37,000 in salary paid for by the DOE and NSF, according to the indictment.

“Tao is alleged to have defrauded the U.S. government by unlawfully receiving federal grant money at the same time that he was employed and paid by a Chinese research university—a fact that he hid from his university and federal agencies,” said U.S. Assistant Attorney General for National Security John C. Demers in a statement.

At CEBC, Tao was involved in researching catalysis, or the study of materials that speed up chemical reactions.

Douglas A. Girod, chancellor at the University of Kansas, in an Aug. 21 statement, stated that the school learned of Tao’s “potential criminal activity this spring,” and that the school has “cooperated with the ongoing investigation.” Tao was arrested on Aug. 21.

For more than a decade, the Chinese regime has rolled out different national programs to recruit overseas Chinese talents and foreign experts to work in strategic tech sectors in China, promising rewards such as hefty financial incentives and career opportunities.

For overseas Chinese scientists, engineers, and other experts, Beijing’s recruitment efforts appeal to their national pride. Its official announcements usually urge them to return to China and “serve the motherland.”

But in recent years, these recruitment programs have come under U.S. scrutiny for potential academic and economic espionage.

At a congressional hearing in December 2018, Bill Priestap, then-assistant director of the counterintelligence division at the FBI, said that China’s recruitment programs, such as the Thousand Talents, were “brain gain” programs that “encourage theft of intellectual property from U.S. institutions.”

In a March 2018 briefing, the U.S.-China Economic and Security Review Commission noted that the Thousand Talents program, which was rolled out in 2008, brought more than 4,000 foreigners to China’s laboratories, companies, and research centers.

A June 2018 White House report stated that “over 44,000 highly skilled Chinese personnel have returned to China since 2009 through talent plans.”

The contract that Tao signed, the Changjiang Scholars program, was rolled out in 1998 by China’s Ministry of Education to attract exemplary academics from the West, whether of Chinese or other descent.