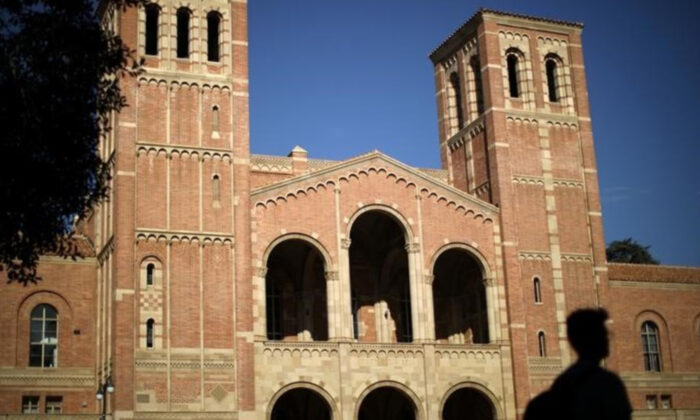 A student walks past Royce Hall on the University of California Los Angeles (UCLA), Calif., on Nov. 15, 2017. (Lucy Nicholson/Reuters)
US

LOS ANGELES—University of California officials have agreed to pay $243 million to settle the legal claims of about 200 women who have accused a former UCLA gynecologist of sexual abuse.

The settlement by the University of California regents, the system’s governing board, marks the second in lawsuits stemming from the accusations against Dr. James Heaps, 65.

Heaps, who retired in 2018 after more than 30 years at UCLA, is not a party to the settlement. He is awaiting trial later this year on 21 criminal counts of sexual abuse.

He has pleaded not guilty in the case and has repeatedly maintained his innocence.

“The conduct alleged to have been committed by Heaps is reprehensible and contrary to the university’s values,” UCLA said in a written statement issued on Tuesday.

“We express our gratitude to the brave individuals who came forward, and hope this settlement is one step toward providing healing and closure for the plaintiffs involved,” the university said.

The University of California in November 2020 agreed to pay $73 million to settle a class-action lawsuit over the allegations against Heaps, but hundreds of women declined to accept that agreement and are part of separate cases.

“It is the sincere hope of all of the survivors that the legacy of this settlement will cause a dramatic change in the culture that allowed Heaps’ abuse to flourish,” John Manly, attorney for the plaintiffs in the case, said in a written statement.