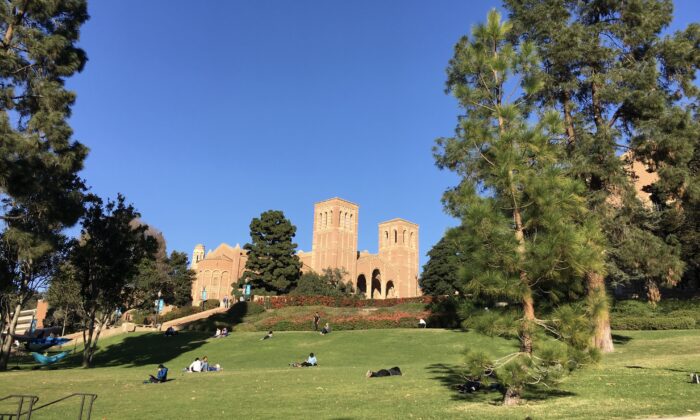 The University of California (UC) has shifted to favor more incoming students from California, versus out-of-state and international applicants for the 2022–23 school year.

UC President Michael V. Drake, M.D., said it was a privilege to offer admission to the largest-ever class of California freshmen.

“The University’s enduring dedication to California’s young people and its partnership with the state continue to attract unprecedented numbers of talented Golden State students,” Drake said in a press release.

This record number is a continuing trend since last year’s increase.

After protests calling for the UC to serve more Californians, Gov. Gavin Newsom and the state Legislature allocated $82.5 million to raise in-state student enrollment by 5,632 students in the 2022–23 school year.

“The University is proud to be the college of choice for so many outstanding Californians as it continues to honor its commitment to guarantee admission to high-performing high school students,” said Han Mi Yoon-Wu, the executive director of the UC’s undergraduate admissions.

Of the Californian applicants admitted, 44 percent will be the first in their family to earn a bachelor’s degree, and 47 percent are admitted despite having low family incomes, UC said.

Regarding ethnic diversity, this year the numbers of students from underrepresented groups have increased to 43.8 percent, a 2.5 percent increase from last year.

According to the data report (pdf), Latino and Latina students will be the largest group at around 37 percent, same as last year, followed by Asian Americans at 35 percent. African American admissions increased by 5.5 percent, and American Indians increased by 36 percent.

This year, the number of white students accepted dropped to 18.6 percent of admitted students—a 6 percent decrease.

Despite the many celebrations in the UC system from prioritizing students within the state, freshmen admission numbers have dropped by 5.1 percent this year to 125,597.