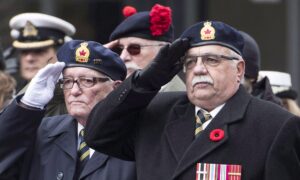 Lest We Forget: Those We Remember Died for Us
0
Share Now
TelegramFacebookTweetEmailTellMeWeReddit
Copy Link 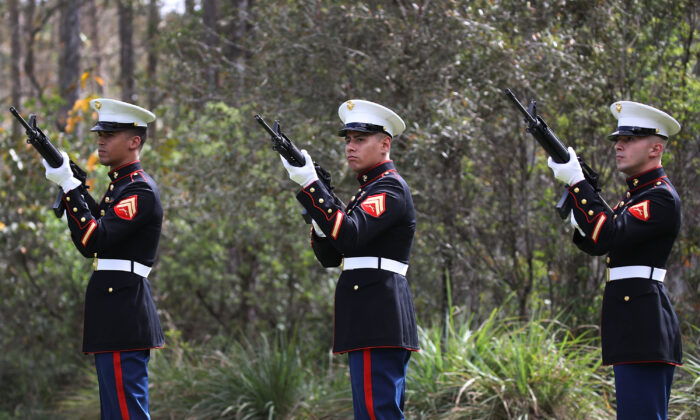 The University of Virginia canceled a 21-gun salute scheduled to take place as part of the school’s Veterans Day ceremony, prompting a backlash.

The university’s provost office and Col. Michael Hough, commanding officer of the school’s Air Force ROTC detachment, made the decision to eliminate the salute for two reasons, University of Virginia President Jim Ryan said in a statement.

“First, to minimize disruptions to classes, given that this event is located at the juncture of four primary academic buildings and is held at a time that classes are in session; and second, recognizing concerns related to firing weapons on the Grounds in light of gun violence that has happened across our nation, especially on school and university campuses,” he wrote on Nov. 9 in response to, he said, concerns about the cancellation of the salute.

“They considered the option of relocating the ceremony to another place on Grounds. But given that the 21-gun salute is not a required, or even typical, part of Veteran’s Day ceremonies—as opposed to Memorial Day ceremonies, which are specifically dedicated to those who have lost their lives in service to our country—they chose to keep the ceremony at a central location on Grounds but leave out the 21-gun salute.”

Ryan said that the salute might be re-introduced in future years.

Some veterans expressed anger at the decision.

“I am very disillusioned, very upset, and very surprised that they would make such a decision,” Jay Levine told WHSV.

“Freedom isn’t free. There’s a cost and that cost is born by the veterans and the families of those veterans.”

“As University of Virginia alum, I am totally disgusted by the decision not to allow the 21-gun salute at the UVa Veteran’s Day remembrance this year, as well by as the ban on amplified music. The salute is a traditional salute to the service and sacrifice of those who have served and died in the defense of this country and its citizens. To deny this honor is a disservice to not only the veterans but to their families, who have sacrificed so much,” Karen Hartranft wrote in one.

“Do the ‘UVa officials’ mentioned think a few minutes of noise disruption (which might have the effect of reminding students about the sacrifices made by these missing servicemen) would seriously impede their education? Might the sounds of the most solemn salute we provide—21 guns fired by an honor guard—be more of a disruption than those whose lives were permanently disrupted in service to our nation?” added Al Weed.

According to the U.S. Army Center of Military History, gun salutes have a long history tracing back “to early warriors who demonstrated their peaceful intentions by placing their weapons in a position that rendered them ineffective.”

The school made another controversial move in 2017 when it removed plaques honoring students who fought for the Confederacy during the Civil War after a vote by the university’s Board of Visitors.