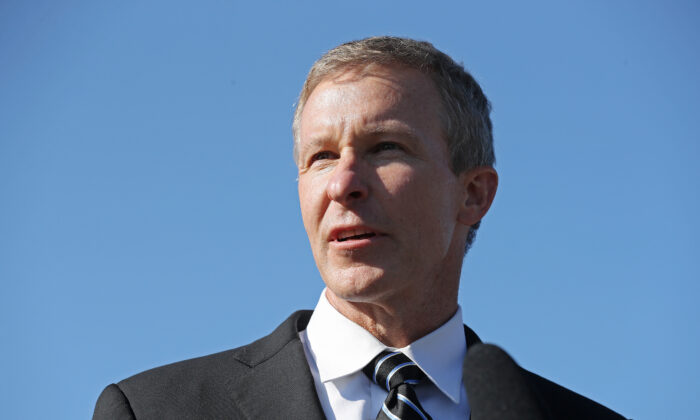 United Airlines can carry out its plans to place workers who receive exemptions from its COVID-19 vaccine mandate on unpaid, indefinite leave, a federal judge ruled Monday.

U.S. District Judge Mark Pittman, a Trump nominee, last month ordered United not to proceed with its plans as he sought to make sure workers who filed for an exemption weren’t unduly harmed before oral arguments took place.

But in an opinion issued after the arguments, Pittman said plaintiffs had not met their burden to prove they would suffer irreparably for him to enter a preliminary injunction, which would serve to keep blocking the unpaid leave plan for some time.

United says it will grant exceptions to its mandate for religious and medical reasons but that all of those who get exemptions will be put on unpaid leave for an undetermined length of time.

They also said they faced an “impossible choice,” of getting the vaccine or being put on leave. That would harm them irreparably, they said.

“This argument, however, conflates the potential harm arising from United’s accommodation policy with the personal difficulty of deciding to decline the vaccine. United exempted plaintiffs from the vaccine mandate; plaintiffs were not required to violate their religious beliefs. United’s employees claimed they faced an impossible choice: get the vaccine or endure unpaid leave. But they have chosen … the latter. Their dispute thus centers on United’s response to their choice,” he wrote in his 15-page decision.

Further, the assertion plaintiffs face irreparable harm because they will lose income also doesn’t meet the standard to enter a preliminary injunction, the judge said.

Pittman concluded by saying it was not for him to decide if the mandate was “bad policy.”

“Rather, it is the court’s role to determine if plaintiffs carried their burden to obtain a preliminary injunction,” he said.

The decision means United can place unvaccinated workers on unpaid leave, though the judge can still ultimately rule for the plaintiffs.