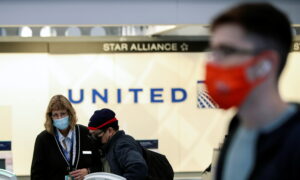 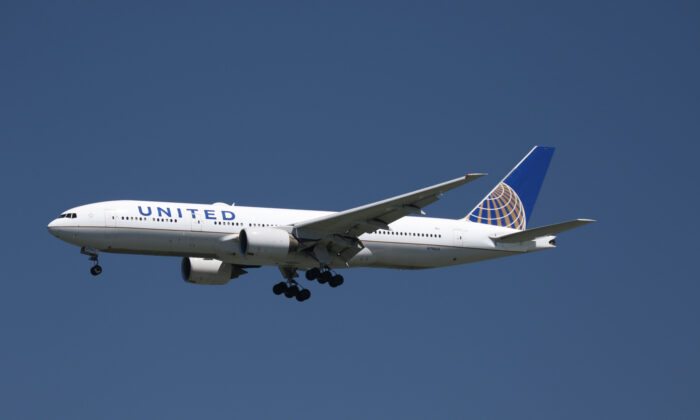 Scott Kirby told CBS News’ “Face the Nation” on Sept. 19 that he would support such a mandate even though it would also cause inconvenience for vaccinated passengers.

“I think the administration’s doing a really admirable job of trying to find all the levers to push to get the whole country vaccinated,” he said. “I think the administration’s perspective has been that getting people vaccinated at work, it’s a one-shot, and you can really get a high percentage of the country, as opposed to making it a burden on people that are vaccinated—every time you get on a plane, a train, any kind of public transportation—to prove that you’re vaccinated.”

More than a week ago, Biden announced that he would direct the federal government to potentially impose penalties on many private-sector employees and businesses to either force workers to submit to weekly COVID-19 testing or get the vaccine. So far, the White House hasn’t signaled that it would mandate that passengers who travel on planes get vaccinated.

“For now, I think their approach of focusing on the employment and focusing on work is probably the right way to go,” he said. “But they get great data and science, and if they tell us that they want us to check everyone we’re prepared to do that as well.”

United Airlines, which has among the strictest COVID-19 policies for workers, became the first major airline to mandate the vaccine among its nearly 70,000 employees. COVID-19 is the illness caused by the CCP (Chinese Communist Party) virus.

According to recent United memos sent to employees who have applied for vaccine exemptions, they will have to become fully vaccinated against the virus within five weeks or they will be “separated from the company.”

“Given our focus on safety and the steep increases in COVID infections, hospitalizations, and deaths, all employees whose request is approved will be placed on temporary, unpaid personal leave on October 2 while specific safety measures for unvaccinated employees are instituted,” United told its workers in the memos, which were obtained this month by The Epoch Times.

Following Biden’s announcement, a number of Republican-led states have said they would file lawsuits against the administration. Last week, Arizona became the first state to sue, arguing that imposing a vaccine requirement on private employees would violate the equal protection clause of the Constitution’s 14th Amendment.

Last week, Kirby told CNN that approximately 90 percent of the firm’s employees have shown proof of their vaccination status.