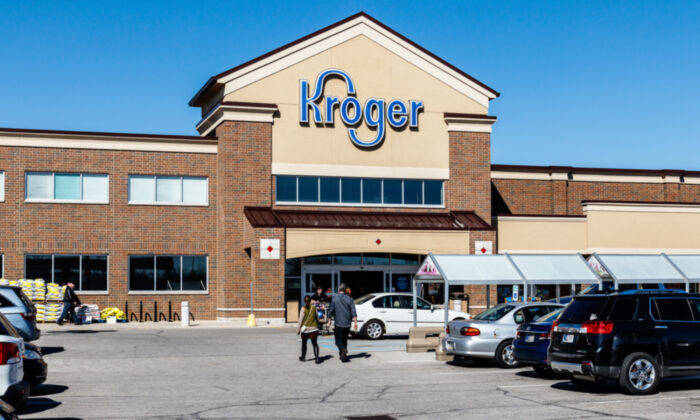 A general strike on Jan. 12 by employees at Denver area Kroger’s King Soopers grocery store appears likely following the breakdown of negotiations between the company and a workers union after offers of federal mediation were rejected on Jan. 7.

The workers union, United Food and Commercial Workers Local 7, which represents more than 8,700 workers in the Colorado stores, has no plans to return to the bargaining table.

King Soopers, the local brand of Kroger, is the largest grocery chain in Colorado and operates more than 100 stores in the state.

Sales boomed during the pandemic, with shares of Kroger last week hitting a record high.

Many full-time store employees, facing the brunt of the pandemic and suffering from deteriorating wages, say they are upset at the company’s treatment of them.

More than two-thirds of Kroger workers have claimed that they are struggling to afford food, housing, or other basic needs due to low wages and part-time work schedules, according to a Jan. 10 report from an advocacy group published by the Los Angeles Times.

Labor relations at the grocery chain deteriorated in December when the union filed a lawsuit against the company for violating previous labor agreements after it hired third-party contractors and Instacart “gig workers” who were then paid more than most King Soopers employees with a starting wage of $16 an hour.

King Soopers responded by offering to increase wages by more than $148 million and signing bonuses over the next three to four years.

That would bring the average hourly wage for 75 percent of store associates to $18 an hour, with 50 percent of them receiving over $20 an hour.

Kim Cordova, the President of United Food and Commercial Workers Local 7, which represents King Soopers workers, says that worsening working conditions and labor practices since the pandemic are the problem, not the financial compensation being offered.

She said the union wants an offer that improves on-the-job safety and not a new contract that may potentially weaken the union members’ health care coverage.

Cordova said that after a period of COVID danger pay during the lockdowns, worker pay returned to normal in 2021, while Kroger stock rose and corporate executives received bonuses.

“You know what our members got? COVID,” said Cordova, who further added that employees “got attacked and spit on” by hostile members of the public for enforcing mask mandates while just “doing their jobs.”

“The (company) is not taking our proposals seriously,” said Liz Wesley, a 17 year veteran store manager at Colorado Springs to Reuters.

“We want a better contract for us,” she said.

Wesley claims that only the union put forth a proposal during the three days of talks and that King Soopers refused to accept any contract without revisions.

King Soopers has yet to provide the information the union needs to revise its initial proposal, according to Cordova.

The grocery chain filed a public complaint on Jan. 9 with the National Labor Relations Board, which accused the union of conduct “calculated to delay and frustrate any meaningful negotiations.”

The company’s complaint accused the union of refusing to bargain in good faith.

“The union’s bad faith bargaining poses a real danger of creating industrial unrest,” it said in the complaint, adding that “the imminent strike is to be taken in support of the Union’s unlawful and improper bargaining tactics and positions.”

Cordova said the union rejected the grocery store’s offer to bring in federal mediation, saying “at this point in the process adding another presence is not going to be productive.”

She cited past failures over mediated contract negotiations and demanded that King Soopers negotiators bargain directly with employee union representatives.

“They rejected our initial proposal within an hour, so they didn’t even negotiate,” said Kelly, adding that “a negotiation is just that, right, a back and forth.”

“We have brought in 300, 400 people from across the country from some of our sister companies in Kroger.”

We have also been hiring temp workers the best we could. You know what the work market looks like,” said Kelley.

The stores have already been operating with roughly 2,400 fewer employees due to the pandemic.

Neither side has given any indication of when they will return to the negotiation process.