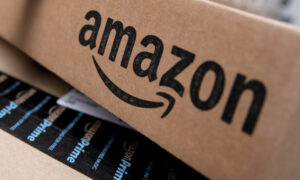 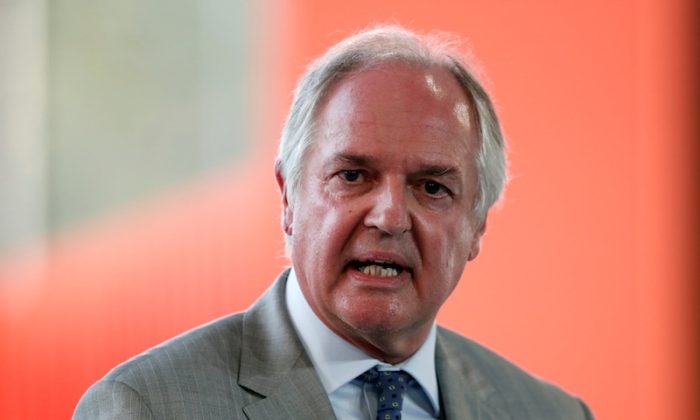 Paul Polman, chief executive officer of Unilever Plc, attends the MEDEF union summer forum on the campus of the HEC School of Management in Jouy-en-Josas, near Paris, France, on Aug. 28, 2018. (Benoit Tessier/Reuters)
Companies

LONDON—Unilever’s Chief Executive Paul Polman will step down next month after 10 years in the job, leaving insider Alan Jope to step into his shoes after the Anglo-Dutch group’s failed attempt to shift its headquarters.

A UK investor revolt forced Polman and the Unilever board to scrap a plan in October to move the headquarters of the dual-listed company, which makes Dove soap and Ben & Jerry’s ice cream, to the Netherlands.

Company veteran Jacket, 54, is the boss of the beauty and personal care division which is Unilever’s largest, accounting for almost half of group annual profits. The Scotsman also previously led the company’s business in China and has long been seen as a possible successor to Polman.

“Our global footprint includes strong positions in many important markets for the future and our focus will remain on serving our consumers, and our other multiple stakeholders, to deliver long‐term growth and value creation,” Jope said.

At the helm since January 2009, Polman, 62, generated big returns for shareholders totaling 290 percent over the period, expanded its presence in emerging markets, and in 2017 fended off a $143 billion takeover approach by Kraft-Heinz.

That failed bid, however, helped prompt Dutchman Polman to seek to simplify Unilever’s structure by shifting its headquarters to Rotterdam. That angered UK-based shareholders as Unilever would have left the UK FTSE 100 share index, forcing some to sell.

Unilever’s board, led by Chairman Marijn Dekkers, ditched the HQ move plan on Oct. 5 after it became clear that it could fall short of the investor approval needed.

“The appointment of Alan Jope as the successor of Paul has nothing to do with the simplification process,” he told reporters on Nov. 29.

Polman’s decision to retire was not unexpected and the board had started a process a year ago to consider appropriate replacements, Dekkers added.

“That’s why we were able to appoint Alan immediately,” he said.

Polman’s reputation as a champion of issues like sustainability and the company’s social impact wasn’t always appreciated. Bernstein analyst Andrew Wood said some investors were irked by what they considered a “preachy” style but added that Polman had a strong record over the past decade.

“We consider that Polman has been an exceptionally good CEO of Unilever,” Wood added.

Dekkers said that Jope’s appointment “stands for continuity”, reassuring investors that the company was on track to meet guidance set by Polman, that includes a target for underlying operating margin of 20 percent by 2020.

“Jope is an impressive executive and we congratulate the board on an excellent choice of successor,” Skagen Global fund portfolio manager Knut Gezelius said.

“Choosing Jope over presumably a long list of strong external candidates is another testament to the strength of the internal bench and management quality at Unilever.”

The appointment of Jope rebalances the Anglo-Dutch leadership of the company in favor of the British-side. While Dekkers is Dutch, Unilever’s Chief Financial Officer Graeme Pitkethly is also British.

Dekkers said that nationality played no role in how Unilever made appointment decisions.

Pitkethly, who was involved in the media campaign defending the plan to move the HQ, had also been rumored as a possible replacement for Polman.

Jacket joined Unilever as a graduate trainee in 1985. He will be paid a fixed salary of 1.45 million euros ($1.65 million) plus a target annual bonus of 150 percent of fixed pay in his new role as CEO.

Investors will not have to wait long for a chance to quiz the company on its future – Unilever is due to hold an investor day in Mumbai, India on Dec. 4 and 5.

On the new CEO’s agenda will be Unilever’s bid for GlaxoSmithKline’s Indian Horlicks nutrition business, where it is competing against consumer giant Nestle, as well as handling any fallout from a possible no-deal Brexit as Britain is due to leave the EU in March 2019.

Polman, who was paid a fixed annual salary of 1.4 million pounds but with bonuses took home a total package of about 10 million pounds, will stay on for six months to support Jope’s transition into the role, Unilever added in its statement.

Shares in Unilever traded 0.2 percent higher in midafternoon. The stock has risen 170 percent since Polman took the top job, outperforming Britain’s bluechip index  which is up about 75 percent.