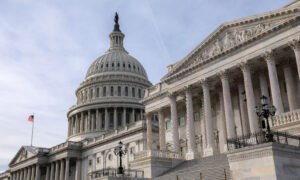 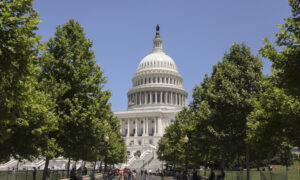 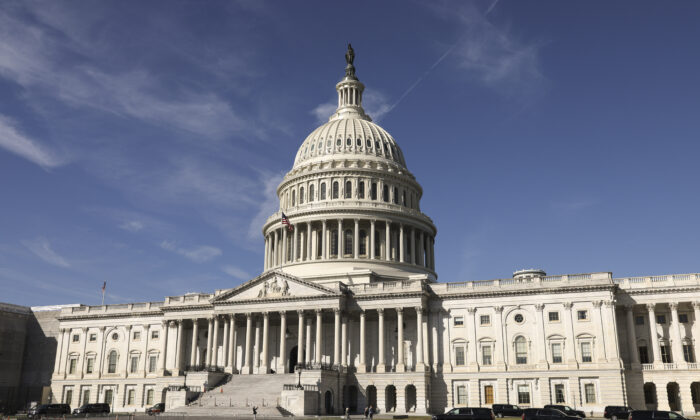 WASHINGTON—Virtually everybody who is or was somebody important in the federal budget debate since 1974 came to the Third Annual Better Budget Process Summit, hosted by the Committee for a Responsible Federal Budget (CRFB) near Capitol Hill on Feb. 25.

Senate Budget Committee Chairman Mike Enzi (R-Wyo.) spoke, joined by his Democratic colleague on the panel, Sen. Sheldon Whitehouse of Rhode Island, to talk about their historic Bipartisan Congressional Budget Reform Act, the first such legislation to pass their panel in 30 years.

Sen. James Lankford (R-Okla.) discussed his proposal to avert government shutdowns by not letting Congress leave town at the end of the year until a new annual budget is approved.

Between them, Reid and Frist led the Senate from 2001 to 2017, while Dauster and Hoagland’s involvement with congressional budget staff work dated back to the “Gramm-Rudman-Hollings Balanced Budget Act” days of 1985. Kahn’s boss, Rep. John Spratt (D-S.C.), was budget chairman from 2007 to 2011.

What to do about spiraling federal deficits and the exploding national debt dominated the discussion, often accompanied by gallows humor, as when CRFB President Maya MacGuineas opened the event by grimly noting: “This is like a reunion of the budget family. … The debt has never been this high before and the deficit has never been this large when the economy has been this strong, so it’s a really important issue to focus on right now. I am smiling, so I don’t cry.”

But for all the summit participants’ talk about the “unsustainability” of $1 trillion budget deficits and the exploding $23 trillion national debt “swallowing the opportunities of future generations,” Washington’s biggest budget problem went noticeably unmentioned—the federal government’s $122 trillion in unfunded future benefits promised under Social Security, Medicare, and other entitlement programs.

Whitehouse came closest to bringing up unfunded future-obligations debt, noting that “if you are going to solve the problem, you’ve got to look at all of its elements,” then pointed out that “once you get the mathematics right, you have to figure out what your target is.”

For Whitehouse, the key target is “the debt-to-GDP ratio.” Gross domestic product is the total value of all goods and services produced in the United States in one year.

But the actual national debt of $122 trillion is 570 percent of GDP. Neither Whitehouse nor any of the other speakers mentioned that data point during the summit.

One reason may be Washington’s “budget family” is deeply divided on whether a 570 percent debt-to-GDP ratio is something to worry about.

Asked if it supports including unfunded obligations in the Treasury Department’s official national debt calculation, a CRFB official who asked not to be named told The Epoch Times:

“The national debt and the unfunded liabilities measure two different things, so they should be two different numbers. … The gross national debt of $23 trillion contains some government funds like Social Security, which are a loan from one part of government to another. It will eventually need to be paid back, but for right now, it is both an asset and liability.

“The unfunded liabilities include a future stream of benefits over the next 75 years, so that’s not the same as debt that has already been accrued.”

Truth in Accounting President Sheila Weinberg disagreed, asking The Epoch Times, “why does Social Security send out those statements that indicate how much benefits people will get if the government doesn’t owe anyone benefits?

“In accounting, a corporation must record a liability if it is probable that the debt will be paid and if it’s estimable. Social Security and Medicare debt meet these criteria.”

“The way the federal government accounts for the national debt at $23 trillion is just the tip of the iceberg. The biggest threat arises from unfunded obligations, primarily driven by promises made to seniors via Social Security and Medicare without ensuring that those promised benefits are paid for. Unfunded entitlements allow politicians to enact popular programs without confronting the trade-off of higher taxpayer costs.”

The Peter G. Peterson Foundation, which like CRFB, has long pushed budget reforms, pointed to the last graph of its recent post on measuring the debt:

“No matter the measurement, it is clear that our debt is already historically high and is on an unsustainable trajectory that threatens economic opportunities for the next generation.”