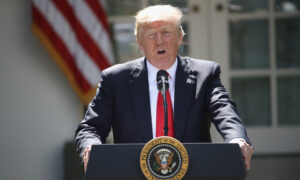 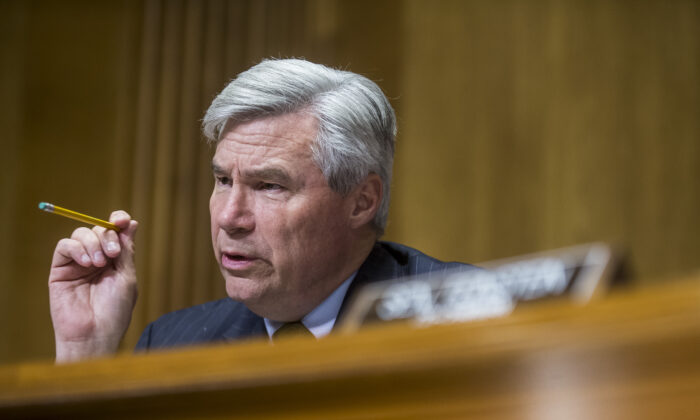 WASHINGTON—A package of fundamental reforms in how Congress does federal budgeting received overwhelmingly bipartisan support at the committee level and is now heading to the Senate floor, where it could face big hurdles.

The budget panel approved the legislation Nov. 6 on a 15–6 vote, with support by the 11 committee Republicans and four Democrats—Whitehouse, and Sens. Mark Warner and Tim Kaine of Virginia, and Chris Van Hollen of Maryland. The major features of the package include:

Zombie programs are those authorized by Congress in the past but haven’t been re-authorized as needed. According to the CBO, Congress has continued to fund nearly 1,000 such unauthorized programs, worth more than $307 billion. Sen. Rand Paul (R-Ky.) held a subcommittee hearing on zombie spending Nov. 1.

Enzi and Whitehouse issued a joint statement following the vote.

“This legislation would take several positive steps toward a more active, thoughtful, and functional budget process,” Enzi said in the statement.

“It represents a package of necessary, pragmatic, and significant reforms that do not tilt the scales toward any one party, ideology, or policy outcome. This is an important step in the right direction as we all look to become better stewards of taxpayer dollars.”

Similarly, Whitehouse said he was “proud to have worked with Chairman Enzi on budget reform to help Congress establish a long-term plan to address our nation’s deficits and debt.”

Whitehouse lauded the bill for including what he described as “the first-ever process for bipartisan work on the budget, which would look at the main drivers of federal deficits: revenue levels, tax spending, health spending, and annual appropriated spending. It would also take a much-needed step in neutralizing the threat of a federal debt default.”

Despite the air of bipartisanship surrounding the committee vote, trouble could be ahead on the Senate floor for the reform package.

Some Democrats on the committee were unhappy with a provision that requires automatic spending cuts when expenditures exceed planned totals, as projected in terms of the spending-to-debt ratio calculated by the Congressional Budget Office.

Sen. Ron Wyden (D-Ore.) offered an amendment to strip the process from the bill reported to the Senate floor, but it was defeated on a party-line vote.

Wyden told the committee that the provision would create “mandatory budget cuts triggered by a system that a majority party could easily manipulate.”

Whitehouse told The Hill he expects the provision to be raised by Democrats as an issue on the Senate floor when the reform package is brought up for debate and a vote.

Before the committee vote, the liberal Center for Budget and Policy Priorities issued a report complimenting much of the reform package but warning that automatic spending reductions “could drive deep cuts in mandatory programs such as Medicare, Medicaid, health insurance subsidies, [Supplemental Nutrition Assistance Program], and Supplemental Security Income (SSI) — and at a time when the economy is weak, thus making the economy still weaker.”

But support for the reform package is wide, ranging from Americans for Tax Reform President Grover Norquist on the conservative side to Maya MacGuineas, president of the moderately liberal-leaning Committee for a Responsible Federal Budget.

“This is the most important thing Congress can do right now,” Norquist said in a statement issued by the budget panel.

MacGuineas said in the same statement that the reform package “identifies realistic reforms to help turn the budget from a political document into an effective governing tool.

“Perhaps most importantly, their proposals would push policymakers to establish fiscal goals and would create a new process to help Congress put our unsustainable debt on a reasonable path.”

The reform package’s progress comes on the heels of last week’s announcement by the Department of the Treasury that the federal budget deficit for fiscal year 2019 is $984 billion.