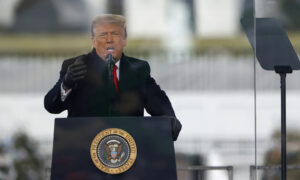 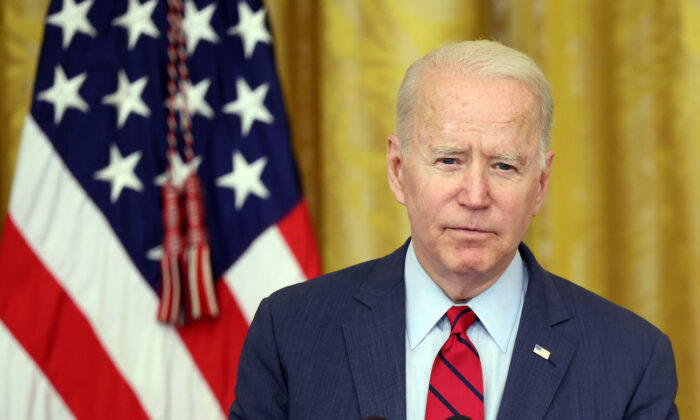 Understanding the Constitution: Can the 25th Amendment Be Used to Remove Biden?

Congress proposed the Constitution’s 25th Amendment in 1965, and state legislatures ratified it in 1967. Because of widespread doubts about President Joe Biden’s mental condition, the amendment has gained attention as a potential vehicle for transferring his authority to the vice president.

Section 3 describes how a president declares himself “unable to discharge the powers and duties of his office,” how he devolves power to the vice president, and how he retakes the reins once the disability has passed. Presidents Ronald Reagan and George W. Bush both used this procedure before surgery.

Most relevant to the Biden case is the last section of the 25th Amendment—Section 4. It states how to deprive an incapacitated president of authority without his consent.

There are no direct precedents helping us to interpret Section 4, because it has never been used. In explaining how it works, therefore, I’ll draw on general principles from other areas of the law, including constitutional law.

The first part of Section 4 identifies the people who initiate the power-stripping process:

Congress has never designated “such other body.” That leaves the vice president working with a majority of the president’s cabinet. For fun, I’ll call this group the Cabal.

That’s a unique group. It isn’t part of any branch of government. The Constitution empowers it directly. But it’s one of many people and agencies outside the normal branches of government to whom the Constitution assigns specific tasks. The courts call those tasks “federal functions.” Other federal functions are exercised by state legislatures and governors, amendment conventions, and the Electoral College.

To begin the power-stripping process, the Cabal must “transmit to the President pro tempore of the Senate and the Speaker of the House of Representatives their written declaration that the President is unable to discharge the powers and duties of his office,” according to the amendment.

We’ll call that message “the accusation.” It must state that the president “is unable to discharge the powers and duties of his office.” This means mental or physical incapacity. During the administration of President Donald Trump, some of Trump’s opponents suggested employing the 25th Amendment against him because they were horrified at some of his decisions. But this would have been an abuse of the process. The 25th Amendment wasn’t designed to settle political disagreements.

In the case of Biden, claims of incapacity are better grounded. They’re based on his age, manner of speaking and acting, apparent inability to grasp material, and the vacant look he sometimes wears. Whether those constitute sufficient evidence is a different question.

Once the speaker and president pro tempore receive the accusation, the amendment tells us that “the Vice President shall immediately assume the powers and duties of the office as Acting President.”

That occurs before the president has any chance to respond, and if he’s unconscious or otherwise unable to communicate, he won’t respond.

On the other hand, if he’s conscious and able to communicate, he may retort, “I’m fine!” Here’s the amendment’s text:

“Thereafter, when the President transmits to the President pro tempore of the Senate and the Speaker of the House of Representatives his written declaration that no inability exists, he shall resume the powers and duties of his office …”

At that point, the Cabal may force a hearing in Congress:

“… unless [the Cabal] transmits within four days to the President pro tempore of the Senate and the Speaker of the House of Representatives their written declaration that the President is unable to discharge the powers and duties of his office. Thereupon Congress shall decide the issue.”

When trying the case, Congress doesn’t sit as the national legislature. Like the Cabal, it exercises a special “federal function.” Section 4 lays down a tight schedule for the performance of this function. Congress must “assembl[e] within forty-eight hours for that purpose if not in session. If the Congress, within twenty-one days after receipt of the latter written declaration, or, if Congress is not in session, within twenty-one days after Congress is required to assemble.”

In other words, they have three weeks.

Next, the amendment states that Congress may “determine by two-thirds vote of both Houses that the President is unable to discharge the powers and duties of his office.”

Constitutional precedent dictates that a “two-thirds vote” means “two-thirds of those present and voting, a quorum being present”—rather than two-thirds of the entire body. In a Senate of 100 members with 90 voting, 60 are required for a finding of incapacity.

If Congress finds the president to be incapacitated, then “the Vice President shall continue to discharge the same as Acting President; otherwise, the President shall resume the powers and duties of his office.”

Is the 25th Amendment Practical Against Biden?

There are two problems with using the 25th Amendment against a conscious and communicative president. The first is that the amendment is heavily stacked in his favor: The Cabal consists of his nominees, and he can fire all of them, except for the vice president. If the matter does go to Congress, he wins if he can persuade one-third-plus-one members of either House to support him. He also wins if Congress can’t meet the amendment’s tight schedule for reaching a decision.

As Poorly Drafted as Other “Great Society” Measures

The other problem is that part of Section 4 is seriously ambiguous. It creates uncertainties that discourage using its procedure. The sad fact is that the 1965 “Great Society” Congress was as sloppy in drafting the amendment as it was in creating its notoriously harmful social programs.

The ambiguity is this: Although we know the president loses his powers when the accusation is sent, we don’t know how soon he can regain them. You can read the text in three ways:

The president resumes his powers as soon as he says “I’m fine” and retains them until (and if) Congress rules against him.

He resumes them as soon as he says “I’m fine,” and then almost immediately loses them when the Cabal responds, “No, you’re not fine.”

He doesn’t resume them until the Cabal fails to respond in four days, he wins the congressional hearing, or Congress doesn’t reach a timely decision.

There are arguments for and against each of those interpretations. The first interpretation allows the duly-elected president to serve, rather than permitting a (mostly) unelected Cabal to dispossess him before it proves its case. On the other hand, it enables the president to abort the entire process by firing the cabinet members who signed the accusation before they have a chance to respond—at which point, they’ll no longer be cabinet members, but only private citizens.

Congress could have cured this by designating a Cabal not controlled by the president, but has never done so.

The advantage of the second interpretation is that it dispossesses the president only if the Cabal takes a “second look.” The disadvantage is that it turns the president’s authority off, then on, then off again.

The third interpretation is supported by the amendment’s statement that if Congress decides against the president, “the Vice President shall continue to discharge” powers as acting president. But that seems to contradict the amendment’s earlier statement that the president resumes authority once he or she says “I’m fine.” And in documents that grant power, a provision appearing earlier in a document usually overrules an inconsistent provision appearing later.

Robert G. Natelson served as a law professor for 25 years and is a senior fellow in Constitutional Jurisprudence at the Independence Institute in Denver. He’s the author of “The Original Constitution: What It Actually Said and Meant” and of the recent scholarly article, “Federal Functions: Execution of Powers the Constitution Grants to Persons and Entities Outside the Federal Government,” 23 U. Penn. J. Const. Law 193 (2021) (pdf).