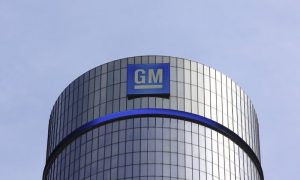 GM Says It Has 2,700 Jobs for Workers Slated to Be Laid Off
0
Share Now
TelegramFacebookTweetEmailTellMeWeReddit
Copy Link 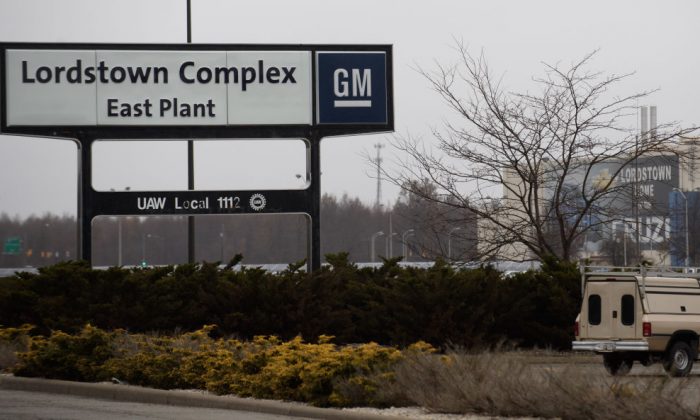 Under Pressure From Trump, GM in Talks to Sell Idled Ohio Plant

WASHINGTON/TORONTO—Under pressure from President Donald Trump, General Motors Co. said on Wednesday it was in talks to sell an idled northeast Ohio plant to a cash-strapped electric truck-building company.

The No. 1 U.S. automaker also said it would invest $700 million in three other plants in Ohio—a state important to Trump’s re-election chances in 2020—and maintain some operations at a Canadian factory that had been slated to close by year-end.

The decisions came after GM faced months of criticism over its plan announced in November to close five North American plants and cut 15,000 jobs. GM’s decision to close the small-car assembly plant in Lordstown, Ohio, had become fodder for Trump and several Democratic presidential candidates.

Trump, who disclosed GM’s plans for Lordstown in a Wednesday tweet, said the deal with Cincinnati-based Workhorse Group Inc. will require the approval of the United Auto Workers union. However, Ohio Governor Mike DeWine expressed caution.

“This is a step, but we have a long way to go,” DeWine told reporters. He also cited Workhorse’s ongoing efforts to win a truck supply contract with the U.S. Postal Service as a key step.

Loveland, Ohio-based Workhorse is a small electric truck and drone startup that has reported losses totaling almost $150 million since its launch in 2007, according to the company’s financial documents. It had just $2.8 million in cash on hand at the end of March and reported first-quarter sales of $364,000.

Workhorse and a newly formed entity, in which Workhorse holds a minority stake, would initially employ “hundreds” at the plant building a commercial electric pickup truck, Workhorse officials said. As recently as 2016, GM employed 4,500 people at the plant and in March cut the final 1,500 jobs when production of the slow-selling Chevrolet Cruze ended.

Of the 2,800 hourly employees affected by the plans to end production at the four U.S. plants, 1,350 have accepted transfers to other GM plants, the company said. At Lordstown, about half of those employed when production ended have transferred elsewhere.

GM also said on Wednesday it will invest $700 million and add 450 jobs at its Toledo, Parma and Moraine, Ohio, operations. “Great news for Ohio,” Trump tweeted.

GREAT NEWS FOR OHIO! Just spoke to Mary Barra, CEO of General Motors, who informed me that, subject to a UAW agreement etc., GM will be selling their beautiful Lordstown Plant to Workhorse, where they plan to build Electric Trucks. GM will also be spending $700,000,000 in Ohio…

GM is not reversing the bulk of its restructuring efforts, including its decision to slash 15 percent of its salaried workforce and end vehicle production at three North American plants, including Lordstown. Last week, GM ended production at a plant near Baltimore that built transmissions.

The UAW said on Wednesday in a statement GM should add a new product at Lordstown “and continue operating it,” adding it would continue with its federal lawsuit against GM to protect the contractual rights of its members. Workhorse officials said they intend to work with the union, but a previously unionized plant it bought from Navistar in 2013 now operates with a non-union work force, according to the company’s annual report.

The fate of the Lordstown plant has been a big focus of Trump’s. He spoke to Barra earlier on Wednesday before the Detroit company announced its plans in Canada.

Trump in June 2017 advised workers in nearby Youngstown, Ohio, that factory jobs were not leaving. “Don’t move, don’t sell your house,” he said.

It likely would take at least a year before the plant, which halted production in March, could reopen after a deal was reached, Ohio’s governor, DeWine, said.

“This potential agreement … will help solidify the leadership of Workhorse’s role in the EV community,” Workhorse CEO Duane Hughes said in the GM statement, referring to electric vehicles.

Workhorse shares jumped 190 percent to $2.45 on the news, while GM’s shares were almost unchanged, down 5 cents at $38.48 in late afternoon.

Separately, GM and the largest union representing Canada’s auto workers have reached a deal to partly rescue an Ontario assembly plant by turning it into a parts-making facility, the automaker said in a statement.

The transformation of GM’s Oshawa site, which would also be used to conduct advanced vehicle testing, would save 300 jobs and have “the potential to grow and generate significant additional jobs in the coming years,” GM said.

Canadian union Unifor, which had fiercely opposed the shuttering of the plant, had previously said the closure was contrary to a contract that stipulates there would be no plant closure.

“There are 300 families that are better off than they would have been in December,” said Unifor President Jerry Dias in Toronto.

By David Shepardson and Tyler Choi