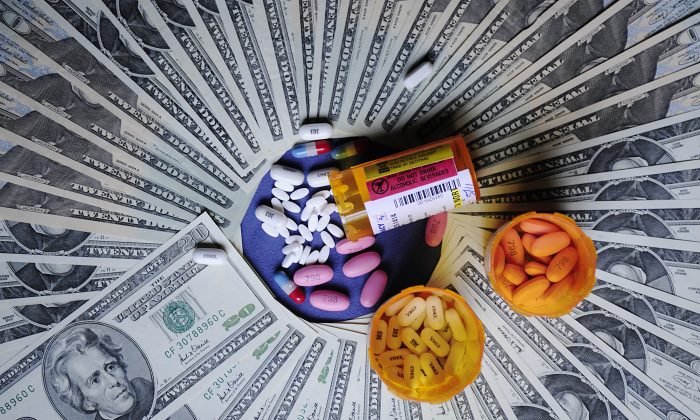 The White House is declaring war on prescription drug prices. “The administration is deeply concerned with the rapidly growing prices of specialty and brand name drugs,” noted President Obama’s 2016 budget proposal. To keep prices down, the president wants the government to negotiate prices for drugs dispensed through Medicare.

But that “solution” derives from two false premises. First, that the federal government can get better deals than the private sector. And second, that it “negotiates” at all.

Let’s consider the second premise first. Governments don’t negotiate prices—they dictate them. Federal, state, and local governments already cover about half of all health care costs. Government can effectively name the price it will pay. If drug companies don’t like the price—or if that price would cause them to lose money—tough luck.

The government already sets prices in Medicare, Medicaid, and the Veterans Affairs (VA) health system. All three programs are characterized by shortages, a lack of innovation, and massive consumer harm.

In Medicaid, for instance, the government dictates reimbursement rates for doctors—often below their costs. As a result, many doctors limit the number of Medicaid patients they’ll see or refuse to admit them altogether. Medicaid beneficiaries thus face interminable waits for appointments.

The VA, meanwhile, directly controls the price of drugs. Shortages are the result. VA beneficiaries have access to just 81 percent of the brand name drugs most commonly used by seniors.

Even if the government were to negotiate prices, it would struggle to do much better than the private sector.

Even if the government were to negotiate prices, it would struggle to do much better than the private sector.

Under Part D, private insurers negotiate with drug companies to secure discounts. They must compete with one another for the best deal from drug firms. And then they must vie for seniors’ business by offering a variety of plans with differing levels of benefits, cost-sharing, and coverage. Patients can then choose the plan that meets their needs and budget.

Because it’s unleashed the power of competition to reduce costs and improve quality, Part D has continuously cost seniors and taxpayers less than even the government projected.

Consequently, taxpayer costs are 50 percent below the Congressional Budget Office’s original forecasts. The federal agency has lowered its 10-year spending estimate for Part D four years in a row.

Part D is singlehandedly slowing the growth of health costs. The program accounts for 10 percent of Medicare spending. But it is responsible for more than 60 percent of the slowdown in such spending since 2011.

These savings haven’t sacrificed quality. Almost 9 in 10 enrollees report that they like the benefits they’re getting.

Medicare Part D is an example of what free-market competition can accomplish—and why the government has no business negotiating prescription drug prices.

Sally C. Pipes is president, CEO, and Thomas W. Smith fellow in health care policy at the Pacific Research Institute. Her latest book is “The Cure for Obamacare” (Encounter 2013).