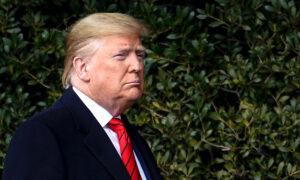 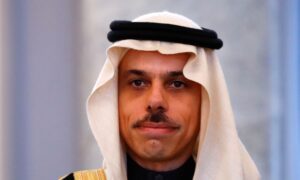 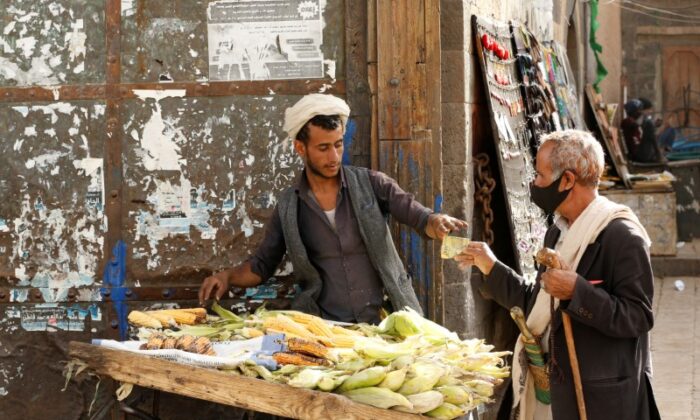 A man wearing a protective mask buys corn from a street vendor at a market amid novel coronavirus spread concerns in the old quarter of Sanaa, Yemen on June 2, 2020. (Khaled Abdullah/Reuters)
Middle East

DUBAI—International donors raised $1.35 billion in humanitarian aid for Yemen on June 2, although the amount fell short of the United Nations’ target of $2.4 billion needed to save the world’s biggest aid operation from severe cutbacks.

The conflict between a Saudi-led coalition and the Iran-aligned Houthi group has left 80 percent of Yemen’s population reliant on aid. The country now faces the spread of the CCP (Chinese Communist Party) virus, commonly known as novel coronavirus, among acutely malnourished people.

Saudi Arabia, leader of the coalition fighting the Houthis since 2015 in a stalemated war, hosted a virtual U.N. conference to help counter funding shortages for aid operations in Yemen.

Saudi has faced criticism from international rights groups for its conduct in the war, particularly a campaign of airstrikes that has led to many civilian deaths and destroyed infrastructure.

Britain—which sells weapons to coalition members—and Germany announced respectively $201 million and $140 million. They called on the warring parties to immediately end the conflict that has killed more than 100,000 people, mostly civilians.

The United States, which also backs the coalition, said in May it would extend $225 million in emergency aid for food.

Lowcock, asked about Saudi Arabia co-hosting the event, said Riyadh is a large donor and the United Nations would continue to call out warring parties on actions “they should not be doing.”

“Saudi Arabia keeps trying to whitewash its coalition’s role in the deepening humanitarian catastrophe in Yemen, but co-hosting the funding event won’t fool anyone,” Afrah Nasser, Yemen researcher at Human Rights Watch, said in a statement.

Lise Grande, the U.N. humanitarian coordinator for Yemen, told Reuters before the conference the operation would face “catastrophic cutbacks” if the donations fell short of $1.6 billion.

“We won’t be able to provide the food people need to survive, or the health care they need or the water or sanitation or the nutrition support which helps to keep 2 million malnourished children from dying,” she said.

Some $180 million of required funding is needed to combat coronavirus in a country with shattered health systems and inadequate testing capabilities.

Yemen has been mired in violence since the Houthis ousted the Saudi-backed government from the capital, Sanaa, in late 2014, prompting the coalition to intervene a few months later.

Donors had cut funding to Houthi-held areas over concerns the group is hindering aid delivery, a charge it denies.