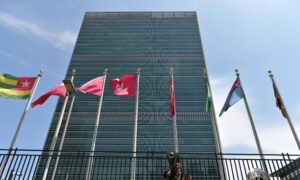 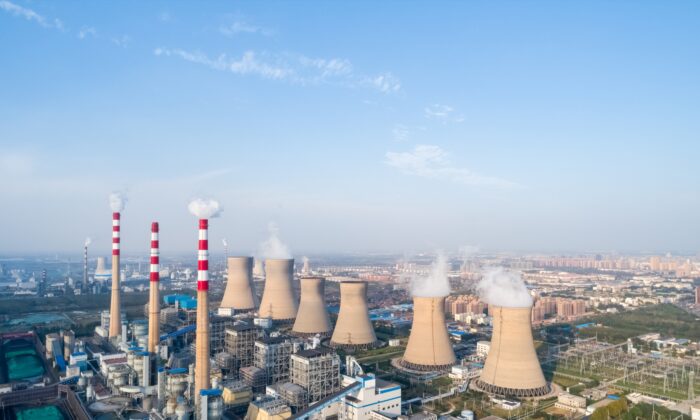 The Earth is on its way to exceeding the Paris Agreement’s targets of 1.5 degrees to 2 degrees Celsius warming above pre-industrial levels, the U.N. Framework on Climate Change (UNFCC) says its synthesis report detailing nationally determined contributions to meeting targets for reducing greenhouse gas emissions.

U.N. Secretary-General António Guterres said in a Sept. 17 statement that the report “shows that the world is on a catastrophic pathway to 2.7-degrees of heating.”

“Science tells that we need a 45 percent cut in emissions by 2030 to reach carbon neutrality by mid-century,” he said in the statement. “Today’s report implies an increase of 16 percent in emissions in 2030 compared to 2010 levels.”

Guterres went further during remarks he made during the Major Economies Forum on Energy and Climate.

The U.N. defines China, the world’s largest emitter of greenhouse gases, as one of the world’s developing economies alongside India, Brazil, and countries in Africa, Asia, and Latin America, while the United States, the European Union, and Japan are among what the U.N. defines as developed economies.

Yet Guterres’s statement also called for action from the broader G-20, which includes China, Brazil, and other large, non-OECD (Organization for Economic Co-operation and Development) economies.

“G-20 nations account for 80 [percent] of global emissions. Their leadership is needed more than ever,” Guterres said. “The decisions they take now will determine whether the promise made at Paris is kept or broken.”

In his remarks to the forum, Guterres said “coal in particular” is a major impediment to reducing emissions, noting that “if all planned coal plants become operational, we will not only be clearly above 1.5 degrees—we will be well above 2 degrees.”

“We need coalitions of solidarity—between countries that still depend heavily on coal and countries that have the financial and technical resources to support transitions,” he said.

The U.N. has faced criticism for permitting China, the largest financial backer in its 2021 budget, to continue using coal power through 2040, while pressuring OECD countries to halt coal use by 2030.

U.S. President Joe Biden and John Kerry, his special presidential envoy for climate, also spoke at the forum, with Biden remarking on his “absolute trust” in Kerry.

Biden touted his commitments to international climate financing, highlighting his April pledge to “double our climate finance, triple our support for adaptation by 2024 for developing nations.”

“I can assure you that we’re looking for ways to go even further toward meeting the collective goal of mobilizing $100 billion a year [for the developing world],” Biden said.

The report itself claimed that the full implementation of nationally determined contributions, including both unconditional and conditional elements, could lead to global emissions peaking before 2030.

Critics of the U.N.’s response to climate change pushed back against the report.

“The report shows that while nations are happy to promise to cut emissions, actual emissions cuts are not being undertaken and are not even really possible, at least while maintaining and growing economies and standards of living,” Steve Milloy, proprietor of the website JunkScience.com, told The Epoch Times.

“The even more cynical media and activists don’t care about actual cuts. They hope the pressure on politicians to panic on climate will lead to legislation and court orders that give the activists (aka the political left) the political power they seek to gain total control of our economy and society.”

Energy expert Alex Epstein responded to the report on Twitter.

“A goal of slashing GHG [greenhouse gas] emissions to the levels that the UN claims are necessary to limit warming to 1.5°C never had any chance of happening—because fossil fuels are by far the lowest-cost source of reliable energy for most of the world. Unreliable solar and wind can’t come close,” he wrote.

“The main reason global GHG emissions are rising is because billions of people in the developing world are bringing themselves out of poverty by using fossil fuels to power factories, farms, vehicles, and appliances. This is a wonderful thing that we should not stop.”

Epstein went on to describe the 2021 United Nations Climate Change Conference, scheduled to begin in November, as “a crime against humanity, especially the poor.”

“I encourage African nations, in particular, to boycott the event, as they are its greatest victims,” he said.