Myanmar Hardline Monks Vow to Stay on Facebook Despite Ban
0 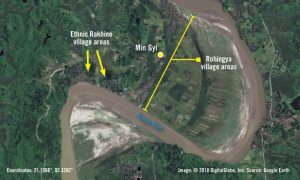 Top Myanmar Military Officers Should Be Tried for Crimes Against Humanity: Amnesty International
0 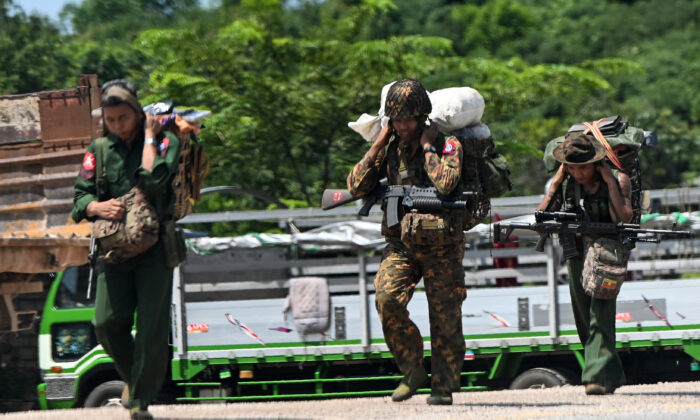 A surge in fighting between Burmese (also known as Myanmar) military and insurgents have killed at least 32 people, mostly women and children. The fighting took place in the restive Rakhine and Chin states, the U.N. human rights office said on April 17, adding the military had destroyed homes and schools.

The Arakan Army, an insurgent group seeking greater autonomy for the region, has been battling government troops for more than a year.

“Myanmar’s (Burma’s) military has been carrying out almost daily airstrikes and shelling in populated areas resulting in at least 32 deaths, and 71 injuries since 23 March, the majority women and children, and they have also been destroying, and burning schools and homes,” U.N. human rights office spokesman Rupert Colville told a Geneva news briefing.

Colville said it was “very difficult to get precise information from Rakhine on whether the reported casualties are the result of targeting or were caught in the crossfire between the Arakan Army and Myanmar army”.

Burma’s military spokesmen could not immediately be reached for comment on the report. The army has dismissed some of the accusations of civilian casualties as fabricated.

Shelling in Rakhine state’s Kyauk Seik village on Monday killed eight people, two local officials and a resident told Reuters. However, the army said reports that civilians in the village had been shelled were “fabricated”.

Countries including the United States and Britain have called for an end to fighting in Rakhine, not least to help protect vulnerable communities from the CCP (Chinese Communist Party) virus pandemic. Burma has reported 85 cases of COVID-19 and four deaths.

The Arakan Army declared a month-long ceasefire for April along with two other ethnic armed groups, citing the pandemic. The military rejected the ceasefire, with a spokesman saying a previous truce declared by the government went unheeded by insurgents.