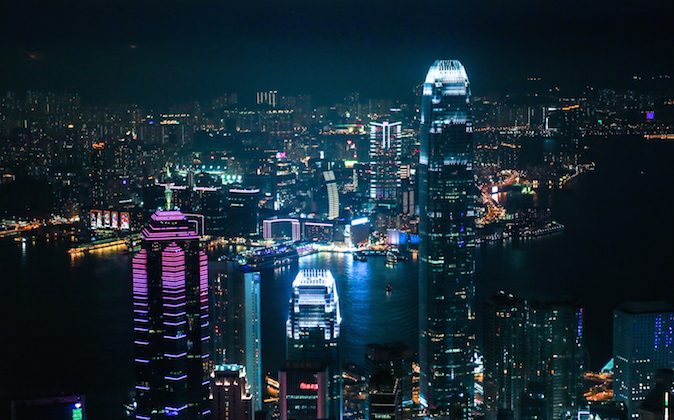 Naysayers who predict that the Occupy movement will adversely impact Hong Kong’s economy have it wrong for the first month of protests.

Retail sales by value grew 1.4 percent from the previous year according to the Hong Kong census and statistics department. The figure is slightly higher than the median estimate for a 1.2 percent increase from economists Bloomberg polled.

The good sales numbers have been attributed to Apple launching the iPhone 6, which helped boost electronic equipment sales by 23.6 percent and cover up for the 11.6 percent fall in sales of luxury items, watches, and jewelery.

Some economists blamed the Umbrella Movement protests for the flagging sales of some retail items, others feel that such an analysis is “overly pessimistic.”

Meanwhile, tourism figures increased 12.6 percent in October from a year ago, according to the Hong Kong Tourism Board. Despite the Chinese regime’s threat to ban package tours in Hong Kong when the protests began, there was an 18.3 percent increase in mainland visitors to the semi-autonomous city from last year, or over 4 million Chinese tourists.

There was also a 7.1 percent increase in tourists from North Asia, which includes South Korea and Japan, and a slight drop of visitors from the Americas, Europe, Africa, and the Middle East.

Foreign investors will not be deterred from coming to Hong Kong because of the on-going Occupy protests, a top property executive notes.

Martin Cubbon, chief executive of Swire Properties Ltd., told Radio Television Hong Kong: “The incident has much less impact than the Asian financial crisis and the 2008 financial crisis, and the city has gone through good times and bad ones.”

Investors have confidence in the local property markets, and there have been strong sales of medium-to-high-end units during the more than two-month long protests.

Cubbon predicts that watch and high-end garment retailers could take a hit for the next half-year to nine months, but Hong Kong “remains an attractive place for investors and tourists, and we expect the business environment to improve later next year.”