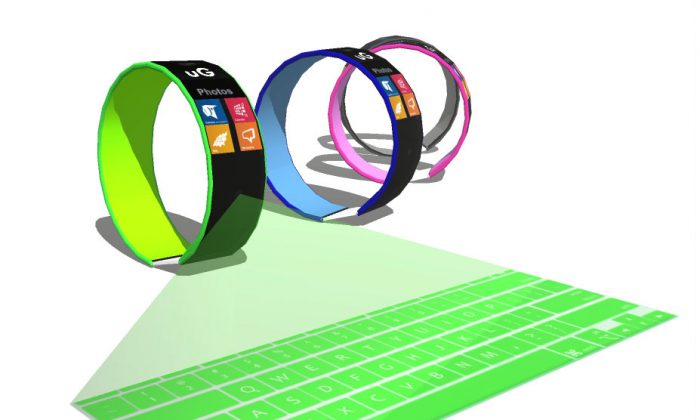 The ambitious plan of Czech technology developers is to use the wonder material graphene to build a smartwatch. Graphene is one atom thick and practically indestructible. It has many benefits, including in this case conductivity and flexibility as well as strength.

MORE: It’s One Atom Thick, It’s Stronger Than Anything on Earth. What Can We Do With Graphene?

The smartwatch, named the uGear PeaClock, is in the developing stage. An Indiegogo crowdfunding campaign began on Nov. 11 with a goal of raising $49,000. Antonín Machanský, one of the developers, also has an Indiegogo project to build a smart wristband for diabetics. Started in October, it has only raised $10 thus far.

The uGear PeaClock would pack in many of the benefits one would expect of a smartwatch, as well as others that may be unexpected, such as the holographic keyboard. Sending messages would be made easier with a keyboard projected onto any surface.