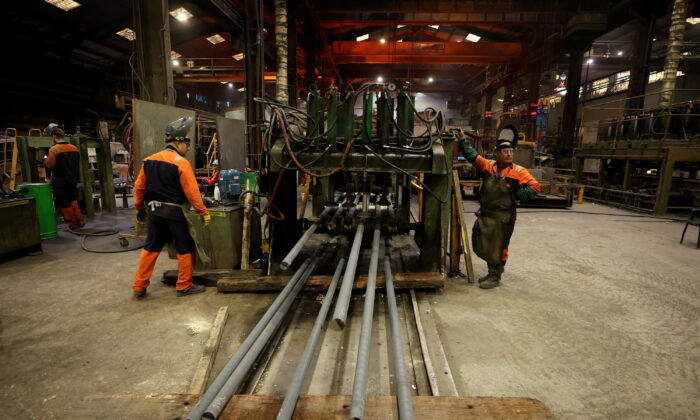 SCHLOSS ELMAU, Germany—British Prime Minister Boris Johnson said on Sunday it was reasonable to consider ways of protecting British steelmakers against surging energy costs which are less of a problem for their competitors from other countries.

“We have a system in the UK where we don’t privilege our industry in the way that some other countries do,” Johnson told broadcasters as he arrived in Germany for a meeting with Group of Seven leaders.

“We need to fix that. We need British steel to be provided with much cheaper energy and cheaper electricity for its blast furnaces. But until we can fix that, I think it is reasonable for UK steel to have the same protections.”

Britain proposed on Thursday to extend for a further two years an existing package of tariffs and quotas on five steel products to protect domestic steelmakers.

However, the Sunday Telegraph said wider measures were being finalised for an announcement in the coming week.

Johnson said Britain should not remove tariffs unilaterally without other European countries doing it too.

“I don’t think that’s the right way forward. I want another solution. The difficulty is: is that possible to do while staying within our World Trade Organisation obligations? That’s the problem. But these are tough choices that you have to make.”

Johnson’s Conservative Party last week lost two by-elections including one in an industrial area which had historically supported the opposition Labour Party.