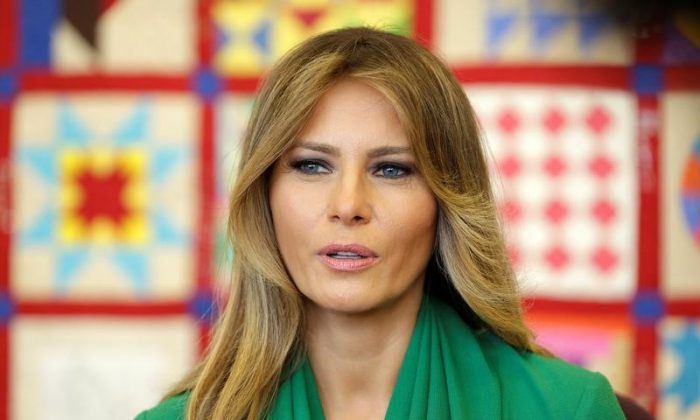 LONDON—Britain’s Daily Mail agreed on Wednesday to pay Melania Trump an undisclosed sum and issue an apology after it published an article saying the U.S. First Lady had offered “services beyond simply modeling” in her former job.

President Donald Trump’s wife, 46, had sued the publisher of the Daily Mail in Britain and also filed a $150 million (120 million pound) lawsuit against it in New York, claiming the article had cost her millions of dollars in potential business.

A person familiar with the situation said the settlement was worth less than $3 million, including legal costs and damages.

The Daily Mail, which runs what it calls the world’s largest English-language newspaper website, apologized for the article on Wednesday and issued a retraction on its home page.

“An article on 20th August 2016 about Melania Trump… questioned the nature of her work as a professional model, and republished allegations that she provided services beyond simply modeling,” publisher Associated Newspapers said.

“We accept that these allegations about Mrs Trump are not true and we retract and withdraw them …. we have agreed to pay her damages and costs.”

At the High Court in London, Trump’s lawyer said the article, headlined “Racy photos and troubling questions about his wife’s past that could derail Trump”, was published as a two-page spread and accompanied by an old photo of Melania Trump standing naked with her front against a wall but looking back at the camera.

“Readers of the newspaper that day could not fail to miss the article”, John Kelly told the court. “The article included false and defamatory claims about the claimant which questioned the nature of her work as a professional model.

“The suggestion that such allegations even merit investigation is deeply offensive and has caused a great deal of upset and distress to the claimant,” he said.