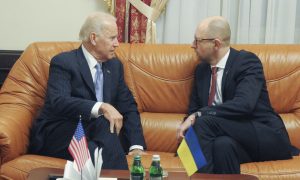 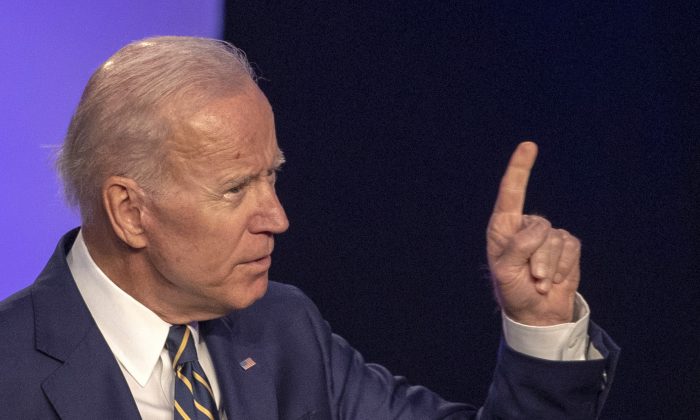 The chief prosecutor in Ukraine recently revealed that he’s reopening a corruption probe into Ukraine’s largest private gas company that could have profound implications for the presidential aspirations of former Vice President Joe Biden.

The company, Burisma Holdings, appointed Biden’s son, Hunter, to its board of directors in 2014, and reportedly paid him more than $3 million during a 14-month period to head its legal team.

Burisma was then facing a state investigation over allegations that company Chairman Nikolai Zlochevskiy had used his official position as Minister of Environment in the pro-Russian government of Viktor Yanukovych to award the company lucrative oil and gas permits.

While the probe was underway, then-Vice President Biden made more than a dozen trips to Ukraine, ostensibly to support the new government of Petro Poroshenko. But during one of those trips in 2016, the vice president threatened to withdraw U.S. aid if Poroshenko didn’t fire the prosecutor general in charge of the Burisma probe.

Biden boasted of his success in getting Poroshenko to fire the prosecutor in a speech at the Council on Foreign Relations in January 2018, a year after leaving office.

“And I went over, I guess, the 12th, 13th time to Kiev. And I was supposed to announce that there was another billion-dollar loan guarantee,” Biden said. When Poroshenko refused to fire the prosecutor, Biden said he had authority from President Barack Obama to pull the loan guarantee.

“I looked at them and said, ‘I’m leaving in six hours. If the prosecutor is not fired, you’re not getting the money.’ … He got fired.”

Current Prosecutor General Yuriy Lutsenko told The Hill’s John Solomon that he was reopening the investigation his office had closed after Biden succeeded in convincing the Ukrainian president to remove his predecessor, Viktor Shokin.

Shokin himself confirmed in written answers to questions from Solomon that before he was fired, he was planning to conduct “interrogations and other crime-investigation procedures into all members of the [Burisma] executive board, including Hunter Biden.”

Biden’s staff and, indeed, the Democratic National Committee leadership should have seen this coming. It’s not as if Hunter Biden’s appointment to the Burisma board was a secret, nor the fact that he got paid large sums of money for his services, at the same time that his powerful father was intervening in the company’s favor with the president of Ukraine.

This is no skeleton in Uncle Joe’s closet. It’s a raw cadaver, and it stinks to high heaven, despite the mounds of dirt piled on top of it by the national media.

The Wall Street Journal first announced Hunter Biden’s appointment to the Burisma board in May 2014 in a Page 4 item; one columnist in The Washington Post called Hunter Biden’s behavior “nefarious.”

But when asked by a reporter around the time of the appointment to comment, then-White House press secretary Jay Carney said the White House saw no problem with the younger Biden’s business dealings in Ukraine.

“Hunter Biden and other members of the Biden family are obviously private citizens, and where they work does not reflect an endorsement by the administration or by the vice president or president,” Carney said.

Following that White House comment, the media obediently buried Joe Biden’s gross conflict of interest until 2018, when Peter Schweizer, president of the Government Accountability Institute, detailed the allegations in a book titled “Secret Empires: How the American Political Class Hides Corruption and Enriches Family and Friends.”

“The bottom line is, Joe Biden was the Obama administration’s point-person on policy towards Ukraine,” Schweizer said on April 2. “He steered $1.8 billion in aid to that government, and while he was doing so, his son got a sweetheart deal with this energy company—that we’ve been able to trace over just a 14-month period—paid $3.1 million into an account where Hunter Biden was getting paid.”

“There’s really no legitimate explanation as to why he got this deal with the energy company, other than the fact his father was responsible for doling out money in Ukraine itself,” Schweizer said.

The Ukrainian prosecutor general promises to turn over investigative files to the U.S. Department of Justice, so Joe Biden’s Ukraine scandal could just be getting started.

A source close to the prosecutor said last week that he was also investigating a corrupt intervention by Ukrainian authorities in the 2016 election in favor of Hillary Clinton, when they leaked the so-called “black ledger” of the pro-Russian Party of Regions to U.S. Ambassador to Ukraine Marie Yavonovitch, an Obama appointee who remains on the job today.

They also leaked the ledger to The New York Times, which ran a front-page story alleging that the ledger included $12.7 million in payments to then-Trump campaign manager Paul Manafort, leading candidate Trump to fire Manafort from the campaign.

“We know the black ledger is real, but knowing the Party of Regions, we can’t say if money allegedly paid to Paul Manafort was actually given to Manafort,” Ukrainian Member of Parliament Volodymyr Ariev told me.

Joe Biden might soon be looking back on the inappropriate touching allegations with regret. Not regret for his actions, but regret that public attention so quickly drifted off to other, more damaging scandals.