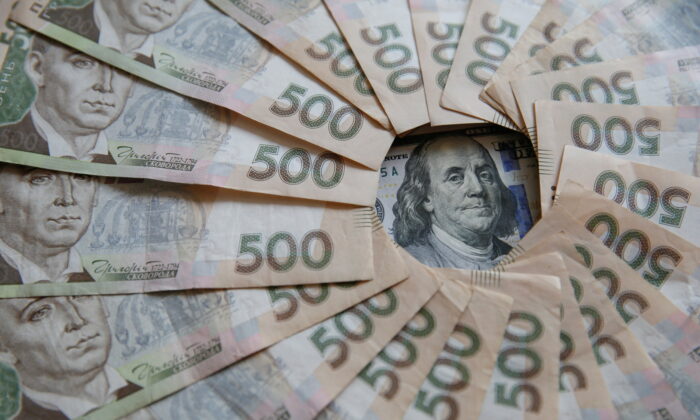 A Ukrainian 500 hryvnia banknotes and a U.S. 100 dollar banknote are seen in this picture illustration taken in Kyiv, Ukraine, on Oct. 31, 2016. (Valentyn Ogirenko/Illustration/Reuters)
Stocks

KYIV—Ukraine’s state stock market regulator on Thursday said it had decided to stop the circulation of all securities in the country, except for operations necessary for the central bank’s monetary policy and the finance ministry’s public debt servicing.