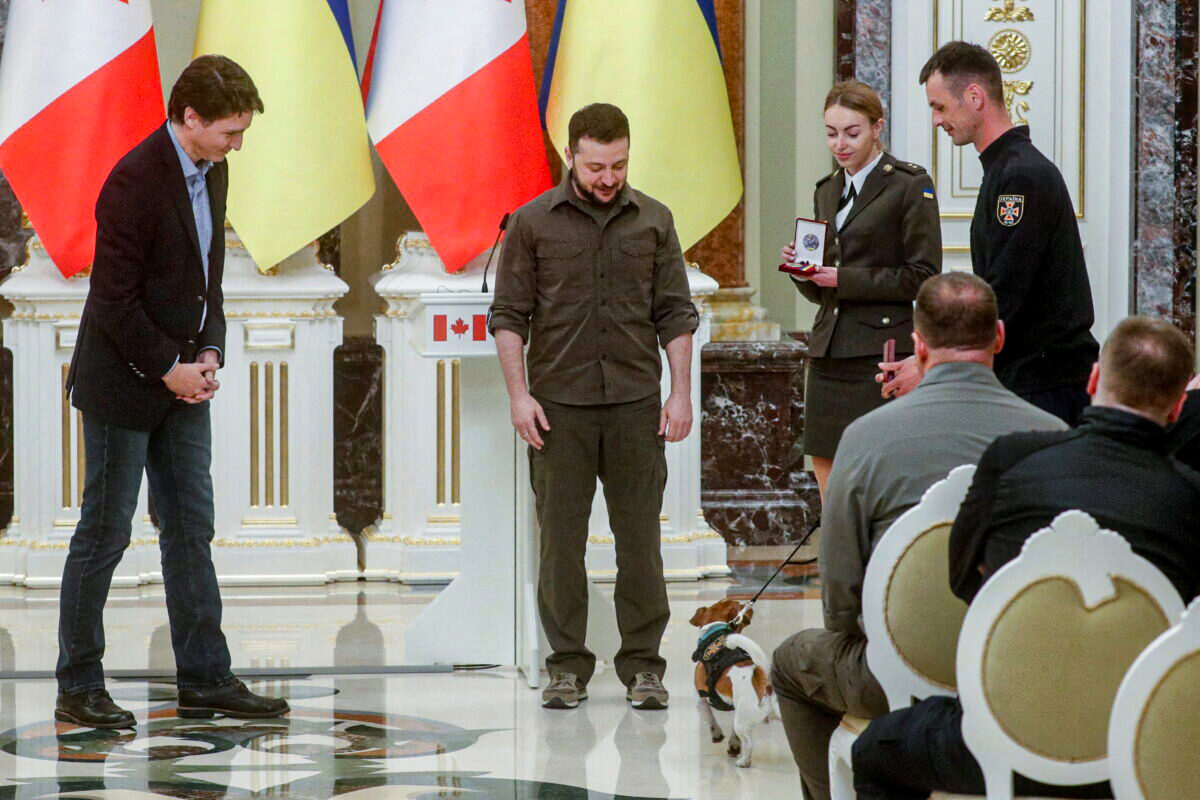 KYIV—President Volodymyr Zelenskyy presented Ukraine’s famous mine sniffing dog Patron and his owner with a medal on Sunday to recognise their dedicated service since Russia’s invasion.

The pint-size Jack Russell terrier has been credited with detecting more than 200 explosives and preventing their detonation since the start of the war on Feb. 24, quickly becoming a canine symbol of Ukrainian patriotism.

Zelenskyy made the award at a news conference in Kyiv with Canadian Prime Minister Justin Trudeau. Patron barked and wagged his tail, prompting laughter from the audience. Trudeau patted his pockets as though looking for a dog treat.

“Today, I want to award those Ukrainian heroes who are already clearing our land of mines. And together with our heroes, a wonderful little sapper—Patron—who helps not only to neutralize explosives, but also to teach our children the necessary safety rules in areas where there is a mine threat,” Zelenskyy said in a statement after the ceremony.

The award also went to Patron’s owner, a major in the Civil Protection Service, Myhailo Iliev.

By Tom Balmforth and Oleksandr Kozhukhar