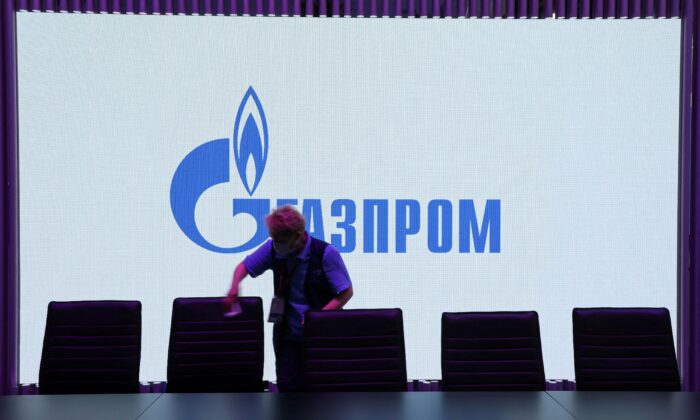 A screen with the logo of Gazprom at the St. Petersburg International Economic Forum (SPIEF) in Saint Petersburg, Russia, on June 17, 2022. (Anton Vaganov/Reuters)
Russia-Ukraine War

The SBU said in a statement that Russia had used some of the profits from those assets to prepare its invasion of Ukraine and fund sabotage and intelligence activities.

Ukraine says it could cost $750 billion to rebuild after the invasion and that rich Russians should help pay the bill.

By the end of June it had seized assets in Ukraine worth 31 billion hryvnias from Russian individuals and companies it accuses of being complicit in the war. Earlier seizures targeted Russian oil company Tatneft and Russian billionaire Mikhail Fridman, among others.

The SBU said it was working with the police under the guidance of prosecutors to identify companies controlled by Russia.

It said attempts had been made to transfer the seized assets owned by Rosneft, Gazprom, and Rosatom to other owners but they had been blocked.

Russia calls its actions in Ukraine a “special military operation” to demilitarize its southern neighbor and protect Russian speakers from what it calls nationalists.

Ukraine and its Western allies say this is a baseless pretext for flagrant aggression that aims to seize territory.