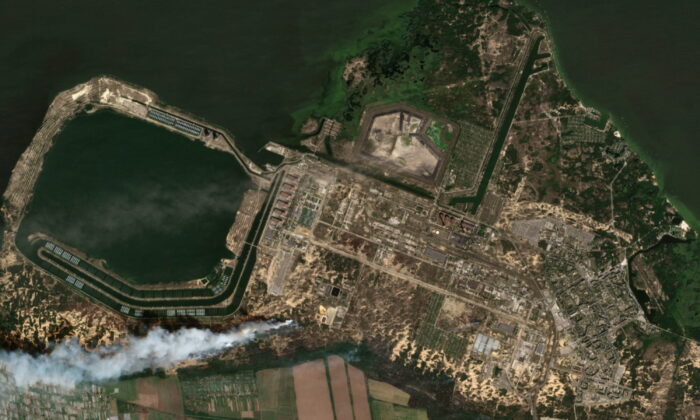 KYIV—Ukraine’s president on Friday said the situation at the Zaporizhzhia nuclear power plant remains “very risky” after two of its six reactors were reconnected to the grid following shelling that caused Europe’s largest nuclear power plant to be disconnected for the first time in its history.

Russian shelling continued to displace civilians in the east of the country, where three quarters of the population has fled the frontline region of Donetsk, according to the regional governor, and Ukraine continued to damage Russia’s supply routes to the southern front near Kherson.

Ukraine’s state nuclear company Energoatom said on Friday evening that both of the plant’s two functioning reactors had been reconnected to the grid and were again supplying electricity after they were fully disconnected on Thursday.

Russia, which invaded Ukraine in February, took control of the nuclear plant in March, though it is still operated by Ukrainian technicians working for Energoatom.

The two sides have traded the blame for shelling near the plant, which on Thursday sparked fires in the ash pits of a nearby coal power station that disconnected the plant from the power grid.

Satellite images showed a fire near the plant but Reuters could not verify its cause.

Moscow, which has forces based in the plant’s complex, said it was doing everything to ensure that an IAEA visit, expected in the coming days, could take place safely. Foreign Ministry spokeswoman Maria Zakharova said Ukraine was trying to disrupt such a visit by attacking the plant.

Residents in Zaporizhzhia city, 50 kilometers northeast of the plant, expressed alarm at the situation.

“Of course I am scared. Everyone is scared, we don’t know what will happen next, what is waiting for us every next minute, second,” said social media manager Maria Varakina, 25.

School teacher Hanna Kuz, 46, said people were afraid that the Ukrainian authorities might not be able to warn residents in time in case of radiation fallout.

The Kremlin says its aim is to “denazify” and demilitarize Ukraine and remove perceived security threats to Russia. Ukraine and the West say this is a baseless pretext for a war of conquest.

Former Russian President Dmitry Medvedev, an ally of President Vladimir Putin, said in a French television interview on Friday that Russia was prepared to hold talks with Zelenskyy subject to certain conditions, but warned Moscow would not stop its assault until its goals had been achieved.

“Renouncing (Ukraine’s) participation in the North Atlantic alliance is now vital, but it is already insufficient in order to establish peace,” Medvedev told LCI television in quotes reported by Russian news agencies.

Knocking out the Darivsky bridge, used by Russian forces to cross the Inhulets River just east of the city of Kherson, will complicate Moscow’s efforts to supply its troops in the Russian-occupied city that Ukraine wants to take back, it said.

“Our soldiers are doing everything possible to reduce the occupiers’ fighting and logistical potential,” Zelenskyy said in his address, referring to recent strikes on Russian supply depots and bridges.

The Ukrainian military general staff said Russian aircraft attacked several sites, focusing on more than a dozen towns in the south including the city of Mykolaiv, a river port lying just off the Black Sea.

There were also air strikes against several towns in the Sumy region near the Russian border, the general staff said, and Russian forces had shelled and carried out air attacks against the Kharkiv region in the northeast.

Pavlo Kyrylenko, governor of the eastern Donetsk region, said three quarters of its population had been evacuated.

“There is practically not a single major town or city that is not subject to [Russian] shelling,” he told Ukrainian TV.

Also on Friday, Washington confirmed reports that a U.S. citizen had recently died in Ukraine, but declined to provide further details.

Russian state news agency TASS said the deputy traffic police chief in the occupied Ukrainian city of Berdiansk was killed on Friday in a bombing. Its Russian-installed administration blamed the blast on “Ukrainian saboteurs”. Ukraine’s Defense Ministry did not respond to a request for comment.

Reuters was unable to verify the battlefield reports of either side.

By Tom Balmforth and Max Hunder