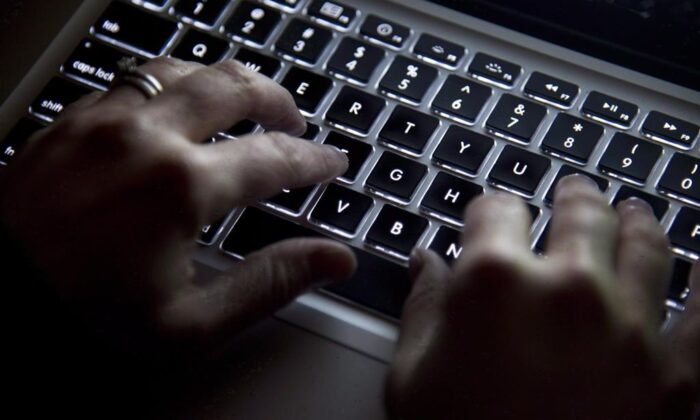 A woman uses her computer keyboard to type while surfing the Internet in North Vancouver, B.C., on Dec. 19, 2012. (The Canadian Press/Jonathan Hayward)
UK

More criminal offences have been added to the UK’s Online Safety Bill to force social media firms to quickly eliminate the “most harmful illegal content and criminal activity,” the government announced on Saturday.

Terrorism and child sexual abuse were already included on the list.

The government said that naming these offences on the face of the bill also enables the proposed regulator Ofcom to take faster enforcement action against firms that fail to remove them.

Three new criminal offences, recommended by the Law Commission, are also to be added to the bill in an effort to make criminal law fit for the internet age, the government said.

The new offences cover communications that are sent to convey a threat of serious harm; those sent to cause harm without a reasonable excuse; and those sent which are known to be false with the intention to cause nontrivial emotional, psychological, or physical harm.

The government said the new communications offences will protect people from “harmful online behaviours such as coercive and controlling behaviour by domestic abusers; threats to rape, kill, and inflict physical violence; and deliberately sharing dangerous disinformation about hoax COVID-19 treatments.”

But it also said the court would have to prove the person sending hoax COVID-19 treatments knew the information wasn’t true before posting it.

Culture Secretary Nadine Dorries said the government is legislating “to make the UK the safest place in the world to be online while enshrining free speech.”

Damian Collins, chairman of the Joint Committee on the Draft Online Bill which led the scrutiny of the bill, said he welcomed the changes, which “will give social media businesses more clarity on what’s expected of them, and users more certainty that they will be protected, especially children.”

Meanwhile, Labour has called for the bill to introduce tougher sanctions for senior executives at firms that breach the new laws.

The draft Online Safety Bill proposed having criminal liability for senior managers as a secondary power that could be introduced two years after the implementation of the bill—however, ministers have since said they want to accelerate this to within three to six months of implementation.

But shadow culture secretary Lucy Powell called on the government to go further and introduce criminal sanctions for executives as soon as the bill comes into force.

The ambitious Online Safety Bill is set to be the first major set of regulations for the internet anywhere in the world. The UK government has said it aims to protect people from “harmful content” as well as to “uphold democratic debate online,” but civil liberty groups say they’re concerned the new rules are too vague and could lead to free speech being eroded.