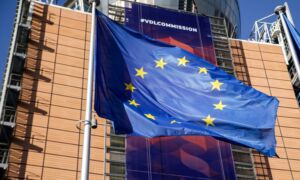 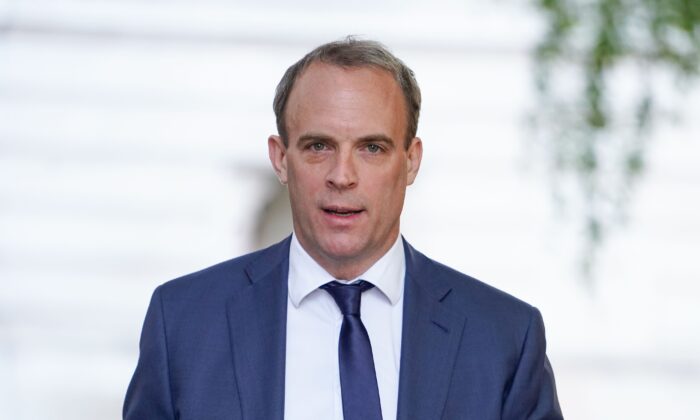 UK Warns China: Do Not Destroy the Jewel of Hong Kong

LONDON—The United Kingdom warned Beijing on June 2 to step back from the brink over an “authoritarian” national security law in Hong Kong that it said risked destroying one of the jewels of Asia’s economy while ruining the reputation of China.

China’s rubber-stamp parliament last week approved a decision to create laws for Hong Kong to curb sedition, secession, terrorism, and foreign interference. Mainland security and intelligence agents may be stationed in the city for the first time.

“There is time for China to reconsider, there is a moment for China to step back from the brink and respect Hong Kong’s autonomy and respect China’s own international obligations,” British Foreign Secretary Dominic Raab told parliament.

“The sad reality is that if China continues down this track, it will be strangling what has long been the jewel in the economic crown,” Raab said, when asked about the future of the Hong Kong dollar peg.

Raab said the security law was in breach of the “one country, two systems” principle enshrined in the 1984 Sino-British Joint Declaration, and also conflicted with Article 23 of China’s own basic law.

Raab, though, cautioned that he did not expect China to change course. “We think that it is unlikely that will happen,” he said.

Raab said the United Kingdom could not coerce China but would seek to persuade it to change course.

If China does not change course, British National Overseas passport-holders in Hong Kong will be offered a path to British citizenship. When asked what can be done for Hong Kong citizens who do not hold BNO passports, Rabb said he raised the possibility of burden-sharing on the Five Eyes call on Monday, if there is a mass exodus from Hong Kong.

Rabb also promised he would do his best to bring UK’s mechanism of a so-called Magnitsky legislation—which he said was delayed due to the CCP (Chinese Communist Party) virus pandemic—to the house before summer recess.

By Guy Faulconbridge, Epoch Times staff contributed to this report.