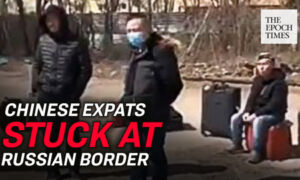 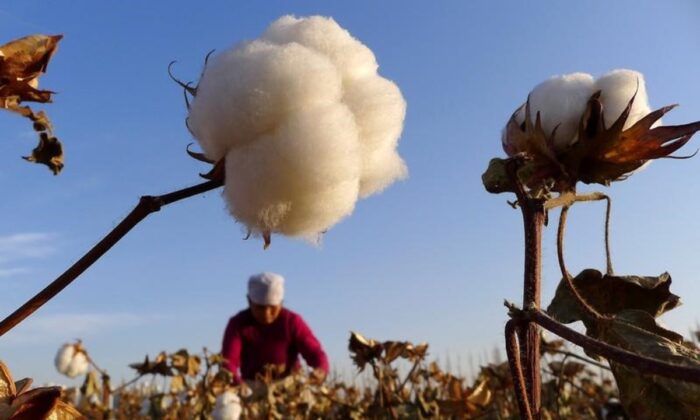 Major brands are turning a blind eye to forced labor on a scale not seen since World War II, lawyers and campaigners said on April 23 as they urged Britain to halt imports of cotton goods originating from China’s Xinjiang region.

They named H&M, IKEA, Uniqlo, and Muji among companies selling merchandise made with cotton from Xinjiang where the United Nations estimates at least a million ethnic Uyghurs and other Muslims have been detained in massive camps.

H&M and IKEA said the organization through which their suppliers source cotton had recently announced it would no longer be approving cotton from Xinjiang.

Uniqlo and Muji, which has touted the Xinjiang origin of its cotton as a selling point on its website, did not respond to requests for comment.

In a letter to the British government, the World Uyghur Congress (WUC) and the Global Legal Action Network (GLAN) said there was “overwhelming evidence” that Uyghurs were being used for forced labor in China’s cotton industry.

They urged Britain to carry out an investigation and suspend imports made with cotton from the region unless companies could prove they were not produced with forced labor. Customs should also consider seizing imports already in the country, they said.

“These supply chains and the import of this cotton must be halted,” said Gearoid O Cuinn, director of GLAN, a network of lawyers, academics, and investigative journalists.

“Its production is reliant on the largest systematic incarceration of an ethnic group since the Holocaust,” he told the Thomson Reuters Foundation.

China, which says the camps are designed to stamp out terrorism and provide vocational skills, has denied using Uyghurs for forced labor. The Chinese embassy in London did not immediately respond to the allegations in the letter.

More than 80 percent of China’s cotton comes from Xinjiang, a large region in the northwest, which is home to about eleven million Uyghurs.

In its letter to Britain’s customs authority (HMRC), GLAN and the Uyghur rights group said imports of cotton sourced in Xinjiang violated British laws, including legislation prohibiting the importation of prison-made goods.

They outlined evidence they said demonstrated China’s widespread use of forced labor by Uyghurs in its cotton industry–both in processing raw cotton and in turning it into clothing and other goods.

H&M said it prohibited forced labor in its supply chain, and had never worked with garment factories in Xinjiang.

It said it sourced all of its cotton from China through the Better Cotton Initiative (BCI), a global non-profit committed to improving working conditions in the sector.

The BCI said in March it would no longer license so-called Better Cotton from Xinjiang for the 2020-21 cotton season and had contracted an outside expert to review the situation.

IKEA said it supported the BCI review. “Under no circumstances do we accept any form of forced labour in the IKEA supply chain,” a spokesman added.

Britain has been hailed as a leader in the global drive to end modern-day slavery, and has joined other countries in urging China to halt the mass detentions.

GLAN said it would consider legal action if the government did not act.

In the United States, lawmakers have proposed legislation aimed at preventing the importation of goods made using forced labor in Xinjiang.