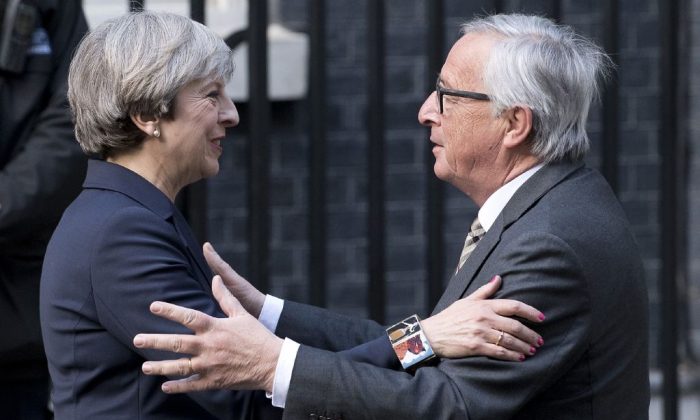 UK to Warn Public Every Week Over ‘No-Deal Brexit’: The Times

LONDON—Britons will from next week start receiving weekly information bulletins from the government about how to make sure they’re ready for a disorderly Brexit, The Times reported on Friday.

The information will be distributed as “bundles” to consumers and companies as Britain counts down to its departure from the European Union on March 29, 2019, said the newspaper.

British Prime Minister Theresa May’s Brexit plan proposes negotiating the closest possible commercial links for goods trade, but even if she can secure enough support for it at home, she still needs to win agreement from the EU.

That means that a disorderly or no-deal Brexit, where the two sides fail to agree a new relationship, is still on the table.

Under the government’s new campaign, the newspaper said that small businesses will be given information about how to make customs declarations while British holidaymakers will be told to buy health insurance in case current reciprocal deals end.