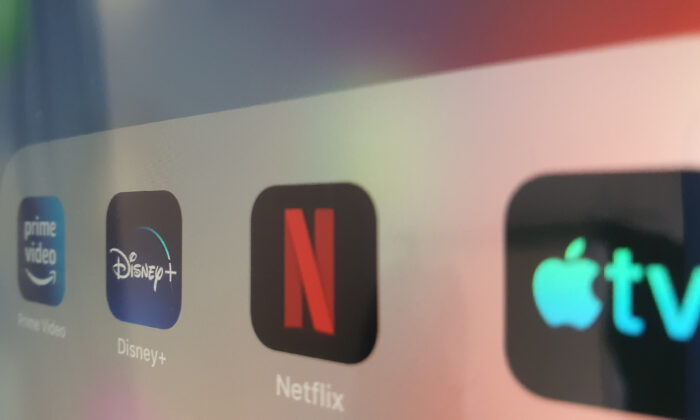 Global streaming giants such as Netflix, Apple TV+, and Amazon Prime Video will fall under the jurisdiction of the UK’s broadcasting regulator as the government seeks to update its regulatory framework.

The Department for Digital, Culture, Media, and Sport (DCMS) said the move is to protect UK audiences from “harmful material” and to enable audiences to make complaints against content that concerns them.

The government said it’s concerned that video-on-demand audiences are not as well protected from “harm caused by misleading health advice, pseudoscience documentaries on climate change and COVID misinformation” as broadcast audiences.

Under a new “light touch” proposal published on Thursday, larger non-UK TV-like video-on-demand providers that target and profit from UK audiences will be under the jurisdiction of the Office of Communications (Ofcom), which will be given powers to draft and enforce a new video-on-demand code that is similar to the UK’s existing broadcasting code but are more practical for video-on-demand services.

For each rule breach, providers can be fined £250,000 ($315,600), or up to 5 percent of the company’s applicable qualifying revenue—whichever amount is higher.

The DCMS previously considered mandating other protective measures such as British Board of Film Classification age ratings, PIN codes, and content warnings. Following a public consultation, it decided not to impose the measures at the time, as it would “place a disproportionate cost on providers” who already have their own audience protection measures in place and would have to go through large content libraries to comply with the new rules.

But Ofcom will have “an ongoing duty” to assess the providers’ audience protection measures to ensure they are effective and fit for purpose and secure change if needed.

“Respecting issues of free speech and proportionality, smaller, lower risk on-demand services in the UK will continue under existing rules, ensuring services that have a smaller audience size and pose lower-risk to viewers, are not unfairly or unnecessarily penalised,” the DCMS said.

Commenting on Feb. 5 on controversial holocaust material that comedian Jimmy Carr used in his Netflix special, “His Dark Material,” Culture Secretary Nadine Dorries told Times Radio that the joke was “shocking and abhorrent and unacceptable,” adding, “We don’t have the ability now, legally, to hold Netflix to account for streaming that but very shortly we will.”

Netflix on Thursday said it’s “supportive of measures to update the legal framework and bring our service in the UK under Ofcom’s jurisdiction.”

The streaming giant added that it looks forward to reviewing government proposals and will continue to engage with the government on its plans.

The plan to regulate streaming platforms is part of a wide-ranging broadcasting white paper that was also published on Thursday.

The white paper also signals the framework for the privatisation of Channel 4, one of the UK’s public service broadcasters (PSB).

Under private ownership, Channel 4 will have access to capital and the freedom to make its own content, allowing it to diversify its revenue streams, it said.

The DCMS will look to use some of the proceeds from the sale of Channel 4 to deliver a new creative dividend for the sector.

A consultation will also be launched on new rules to ensure broadcasters such BBC, ITV, and Channel 4 make “distinctively British” programmes.

The government cited period-drama “Downton Abbey,” sci-fi series “Doctor Who,” and searing rape drama “I May Destroy You” as examples that “reflect a vision of a modern UK.”

The white paper also proposes the opportunity to secure rights to air TV’s major sporting events, such as the Fifa World Cup and Wimbledon, be made an exclusive PSB benefit through reforms to the listed events regime.

Similarly, the government will update prominence rules so online TV platforms are legally required to offer PSB on-demand services, such as BBC iPlayer and ITV Hub, and give them prominence so they are easy to find on the platform.

It will also set out a new remit for PSB quota, which currently requires broadcasters to air a minimum amount and variety of public service content.

“The UK’s TV and radio industries are world-renowned for their creativity, driven by exceptional talent that is delivering ground-breaking public service programming.

“Set against the backdrop of the digital transformation of our viewing habits, today’s plans will revamp decades-old laws to help our public service broadcasters compete in the internet age and usher in a new golden age for British TV and radio.

“This will provide jobs and growth in the future along with the content we all love,” Dorries said.

The white paper also included plans to update the PSB remit to include the UK’s indigenous regional and minority languages, such as Welsh and Gaelic, and to restrict advertising of less healthy food and drink products.

Praising the broadcasting industry over a “Climate Content Pledge” made by 12 major media brands during COP26 that promised to increase the amount and improve the quality of their climate change storytelling, the government also said it “remains active in promoting action on this important matter with our international partners.”