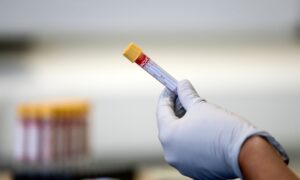 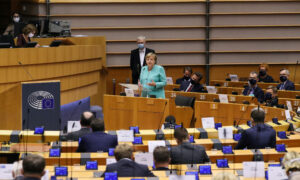 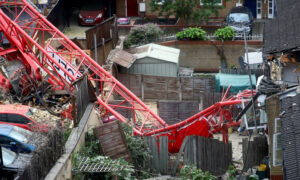 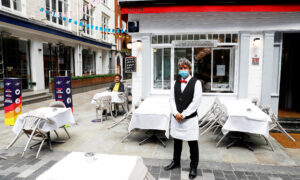 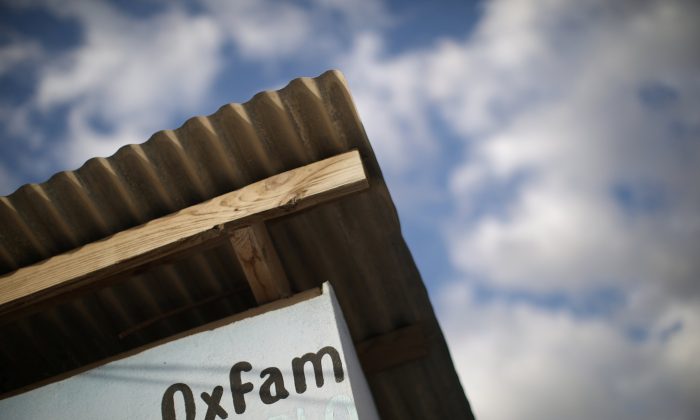 An Oxfam sign is seen on a kiosk that was used to distribute water in Corail, a camp for displaced people of the 2010 earthquake, on the outskirts of Port-au-Prince, Haiti, Feb. 13, 2018. (Reuters/Andres Martinez Casares)
UK

UK Tells Charities: No More Cash If You Don’t Come Clean on Abuse

LONDON—Britain will stop funding overseas aid agencies if they fail to learn the lessons from Oxfam’s sex abuse scandal, and the government will discuss possible prosecutions with law enforcement, the British development minister said on Wednesday.

Penny Mordaunt told anti-poverty groups that Britain – one of the world’s most generous foreign development donors – would cut funding if they could not show they were clear of the kind of abuse that has rocked Oxfam.

The Times newspaper reported on Friday that some Oxfam staff paid for sex with prostitutes in Haiti after the country’s 2010 earthquake. Oxfam has neither confirmed nor denied that specific account but has said an internal investigation in 2011 confirmed sexual misconduct occurred and it has apologized.

“Unless you safeguard everyone your organization comes into contact with, including beneficiaries, staff and volunteers, we will not fund you,” Mordaunt told a conference attended by representatives of development agencies in Stockholm.

“Unless you create a culture that prioritizes the safety of vulnerable people and ensures victims and whistleblowers can come forward without fear, we will not work with you,” she said.

“And unless you report every serious incident or allegation, no matter how damaging to your reputation, we cannot be partners.”

Mordaunt said she was due to meet the head of Britain’s National Crime Agency (NCA) on Thursday. The NCA has led investigations which led to the jailing of British citizens for sex crimes committed abroad.

“While investigations have to be completed and any potential criminals prosecuted accordingly, what is clear is that the culture that allowed this to happen needs to change. And it needs to change now,” she said.

A spokeswoman said Mordaunt would discuss how her office and the NCA could work together to implement laws on sexual exploitation and abuse, but added that the meeting did not relate specifically to criminal activity involving Oxfam staff.

The Haitian government could revoke Oxfam’s right to operate in the Caribbean island, said Aviol Fleurant, the minister of planning and external cooperation.

Oxfam officials had been summoned to meet with his ministry staff on Thursday to explain the accusations of sexual misconduct, Fleurant said.

“The allegations appear very serious and we don’t rule out the possibility to revoke Oxfam’s authorization to operate in Haiti as an NGO, should alleged misconduct prove to be true,” Fleurant said by phone late on Tuesday. “We want this issue to be addressed to its full extent and alleged abusers prosecuted by criminal courts.”

Prostitution is a crime in Haiti, but it was not entirely clear what other crimes the Oxfam officials may have committed.

Oxfam receives around 32 million pounds (US$44 million) of British government funding a year. The European Commission has also said it could cut off its funding for Oxfam which stands at around 68 million euros (US$84 million) a year.

This week, Mordaunt called on all British charities active abroad to be transparent about their operations.

Only six out of 10 global aid agencies were willing to disclose the extent of sex abuse by their staff in a survey conducted by the Thomson Reuters Foundation.

The scandal has bolstered critics of Britain’s commitment to spend the equivalent of 0.7 percent of economic output on foreign aid.