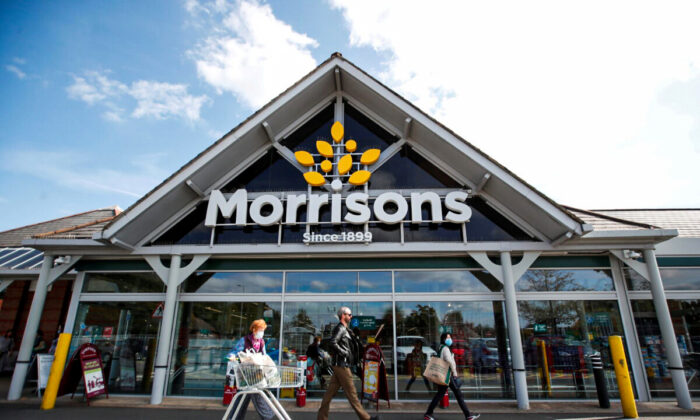 British supermarket Morrisons will remove “use-by” dates from milk packaging at the end of January in an attempt to stop millions of pints of its own-brand product from being thrown away unnecessarily by customers each year, a spokesperson confirmed to The Guardian.

The Bradford-headquartered supermarket said it will instead place “best before” dates on 90 percent of its own-brand milk, including own-brand British and Scottish milks, Morrisons For Farmers milks, and Morrisons organic milks, as per The Guardian.

Morrisons is asking customers to use a simple “sniff test” to discern whether or not the milk is drinkable.

“Good quality well-kept milk has a good few days life after normal ‘use by’ dates—and we think it should be consumed, not tipped down the sink,” he continued. “So, we’re taking a bold step today and asking customers to decide whether their milk is still good to drink.”

Food waste not for profit organization Wrap said Morrisons is the first supermarket in Britain to announce the move.

Marcus Gover, Wrap’s chief executive, said, “I am delighted that Morrisons is the first U.K. supermarket to take this important step to help reduce household food waste—it shows real leadership and we look forward to more retailers reviewing date labels on their products and taking action.”

The U.K. wastes about 330,000 tonnes of milk every year, worth more than £150 million ($204 million), according to 2018 data from Wrap. The majority of wasted milk is thrown away in the home, making it the third most-wasted food in the U.K. after household staples like potatoes and bread.

Morrisons is one of the many companies that has signed the Courtauld commitment 2030, a voluntary agreement to deliver reductions in food waste, greenhouse gas (GHG) emissions, and water stress as the U.K. food and drink industry looks to achieve its global environmental goals.

A “use-by “date relates to food safety while a “best before” date pertains to food quality. For products, including milk, that have a use-by date, the U.K. Food Standard’s Agency (FSA) states that consumers should only eat the food until and on the use-by date but not after.

“Food can look and smell fine even after its use-by date, but that doesn’t mean it’s safe to eat. It could still be contaminated,” the FSA guidance states. “You cannot see, smell or taste the bacteria that cause food poisoning.”

However, the “best before” date placed on products refers to the quality and not safety, and the FSA says such products are safe to eat after this date but may not taste as good.

Morrisons told The Guardian that customers should check milk by holding the bottle to their nose. If it smells sour then it may be unusable. If it has curdled and lumps have formed that also indicates that it may have gone off.

The Epoch Times has contacted a Morrisons spokesperson for comment.