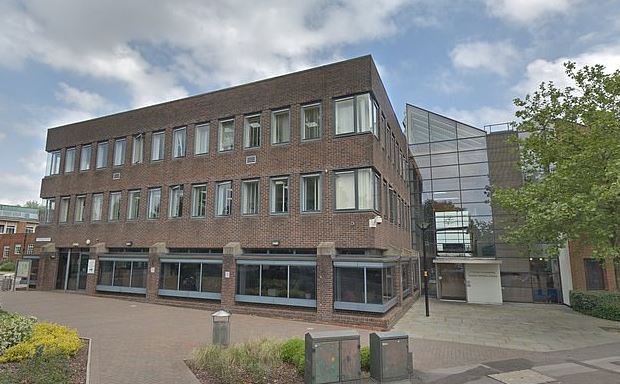 A student vowed to "paint over" a mural that is a memorial to British students who died during World War I inside this building at Southampton University. She later apologized for "the offense" she caused. (Google Maps)
UK

A student at a UK university has vowed to paint over a mural honoring students who died during World War I, calling it a “mural of white men.”

The comments left people outraged; the student group she leads has distanced itself from her comments.

Emily Dawes, the president of Southampton University’s student union, said in a post on Twitter that she wants to remove a memorial to students from the university who died during the war.

“Mark my words—we’re taking down the mural of white men in the uni senate room, even if I have to paint over it myself,” she wrote, the BBC reported. While she later deleted that tweet, another remains, in which she advocates for “covering up this tapestry.”

The mural was painted by Sir William Rothenstein in 1916 as a memorial to British students who were killed in the war. The young soldiers in the mural are depicted collecting the degrees they were unable to finish.

Dawes’ declaration has sparked a huge backlash, prompting the union she heads to issue a statement saying it didn’t agree with what she said.

“This is a personal view. and not that of the union. We do not believe the statement was said to cause upset or disrespect to anyone and does not follow our mission or values. We have reached out to our president to ask for a statement to be released,” the union said in a statement.

A university spokesman added, “We are very proud to display the mural, painted in 1916, which serves as a memorial to all members of British universities who served in the Great War.”

One Conservative councilor said that he was offended by what Dawes suggested.

“As a regular visitor to Southampton and its university, I am absolutely appalled at this imbecilic and deeply offensive move, coming as it does as we approach the commemoration of the 100th anniversary of the end of the First World War in only a few days’ time,” Chris Whitehouse said, according to the Daily Echo.

“Universities, once the home of free speech and challenging debate, are turning into creches for spoilt brats. This latest demonstration of infantilism simply brings the whole of Southampton and its University into disrepute. Ms. Dawes should retract, apologize and resign her position.”

Whitehouse is a councilor on the Isle of Wight.

Prior to heading the Southampton union, Dawes was president of the university’s Feminist Society, the Echo said. She is currently on sabbatical from studying for an astrophysics degree.

After the backlash following her comment, Dawes said she didn’t mean to be disrespectful to anyone.

“My intention was to promote strong, female leadership and not the eradication and disrespect of history,” she said in a statement. “I had no intention of the tweet being taken literally and upon reflection, have realized how inappropriate it is.”