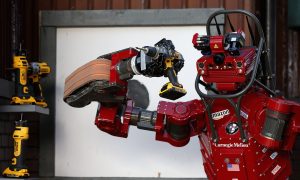 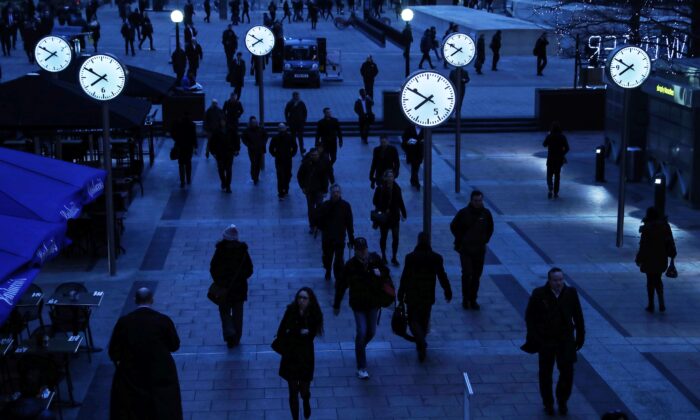 Workers walk to work during the morning rush hour in the financial district of Canary Wharf in London on Jan. 26, 2017. (Eddie Keogh/Reuters)
UK

UK Set for Most Widespread Pay Rises in Over a Decade, Says CBI

LONDON—More British employers are planning pay rises than at any time since the global financial crisis as they struggle to recruit staff following the coronavirus pandemic and Brexit, data from the Confederation of British Industry (CBI) showed on Monday.

The CBI said 44 percent of businesses intended to raise pay in line with inflation and 24 percent planned above-inflation pay rises, the highest combined percentage since it started surveying businesses about this in 2009.

“Pay intentions are rising across the board as firms reopen and the economy recovers,” Matthew Percival, the CBI’s director of skills and inclusion, said.

However he warned that businesses were likely to pass on higher wage bills to their customers unless productivity improved, especially as many also needed to repay loans taken out last year during the pandemic.

The prospect of higher prices is likely to concern the Bank of England as its policymakers meet this week. The BoE expects a short-term rise in inflation due to higher oil prices and supply-chain bottlenecks, but so far has said it does not expect lasting inflationary pressure from the job market.

Just over three quarters of the 422 firms polled by the CBI and recruiters Pertemps Network in late August said labour shortages were hurting competitiveness, the highest proportion in over five years.

The CBI renewed its call for the government to ease post-Brexit visa restrictions on European Union workers with in-demand skills.

Separately, manufacturing trade body Make UK said its members were seeing the fastest output growth in more than 30 years and expected output to return to pre-pandemic levels by the end of 2022, sooner than previously forecast.

“Growth prospects continue to accelerate for manufacturers as economies at home and abroad continue to open up. However, supply chain shortages and the rapidly escalating increase in shipping costs are threatening to put roadblocks on the road to faster growth,” Make UK chief executive Stephen Phipson said.