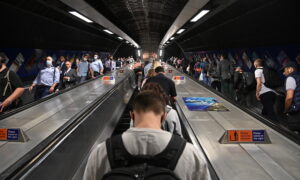 Nilanka De Silva, a married man and father of twins, owed his mistress 40,000 pounds (about $62,000). Kirti Mistry thought he was keeping the money safe for her, and didn’t know he had spent it. She needed it to help her ill mother, at which time De Silva told her he would pay her back in installments.

De Silva knew Mistry was on her way to help her mother, traveling through central London, England, with 10,000 pounds ($15,600). He hired a gang to mug her, then planned to use the 10,000 pounds stolen from her as part of his repayment.

The Telegraph reported on the story Monday, quoting Recorder Francis Bacon who sentenced De Silva to 20 months in prison: “You hatched what I consider to be a thoroughly dishonest and evil plan.”

The four gang members involved in the plot—Christopher Wynter, 34, Pedro Lewis, also 34, Blaine Ryan, 22, and Matthew Williams, 29—also got jail time. One of the thieves was under police surveillance, and that is how the plot was exposed, reported the Telegraph.

De Silva was not without shame, according to his attorney.

Andy Hill told the Telegraph that his client planned to sell his house to repay Mistry. “He holds himself responsible for the sums of money that are outstanding to the victim and he feels he betrayed her. … He is unable to look himself in the mirror because of what he has done, not only to her but his own family and his own prospects.”