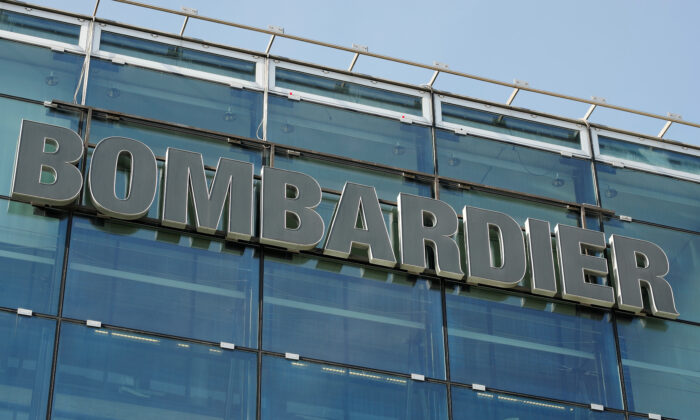 Logo of Bombardier is seen at an office building in Zurich, Switzerland, on Feb. 28, 2019. (REUTERS/Arnd Wiegmann)
Canada

By Justina Wheale, The Canadian Press and Reuters
biggersmaller
Print

Britain’s Serious Fraud Office (SFO) has confirmed it is conducting an investigation into Canada’s Bombardier Inc. over suspected bribery and corruption relating to contracts and/or orders from Garuda Indonesia.

Due to the “live investigation,” the SFO could provide no further comment, said a Nov. 5 release.

Bombardier said in an emailed statement that it is cooperating with the investigation and has “launched an internal review conducted by external counsel,” noting that “no charges were laid against Bombardier or its employees in connection with this matter.”

Last May, a former Garuda chief executive and one of his associates were convicted in Indonesia of corruption and money laundering following a series of transactions involving various aircraft manufacturers, including the sale of Bombardier‘s CRJ1000 jets dating back to 2011, the company said.

Earlier in the day, Bombardier shares were up 6.1 percent at C$0.435 in morning trading after the company forecast higher deliveries of its flagship Global 7500 business jet through year’s end, despite missing estimates for third-quarter operating profit.

Bombardier reported its Q3 earnings on Nov. 5, showing net income of US$192 million in its third quarter compared with a net loss of US$91 million in the same quarter last year.

The company says the profit amounted to five cents per diluted share for the quarter ending Sept. 30 compared with a loss of six cents per share a year ago.

Revenue, including its railway division which is being sold to Alstom, totalled nearly US$3.53 billion, down from $3.72 billion in the same quarter last year.

Headquartered in Montreal, the planemaker has production and engineering sites in over 25 countries across the segments of Aviation and Transportation. Bombardier shares are traded on the Toronto Stock Exchange.