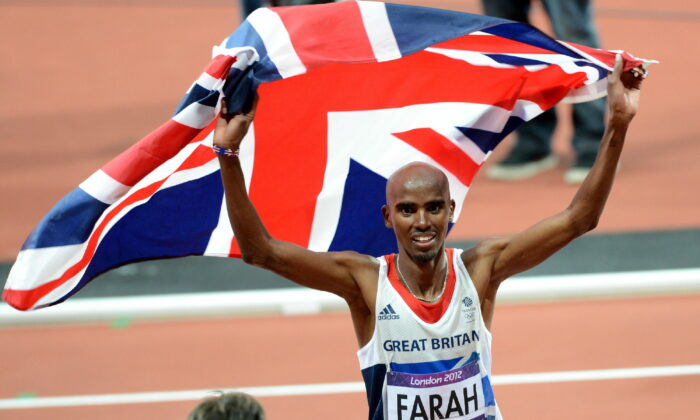 The Metropolitan Police said they have opened an investigation into the alleged trafficking of Sir Mo Farah when he was a child.

The four-time Olympic Champion revealed in a BBC documentary aired on Wednesday that he was born in Somaliland as Hussein Abdi Kahin and was trafficked to Britain when he was nine years old to do domestic labour.

Following the broadcast, The Metropolitan Police said specialist officers have launched an investigation into the allegations.

“We are aware of reports in the media concerning Sir Mo Farah. No reports have been made to the MPS [Metropolitan Police Service] at this time,” the force said in a statement.

“Specialist officers have opened an investigation and are currently assessing the available information.”

Farah is the first British track and field athlete to win four Olympic gold medals after he successfully defended his 2012 gold medalist titles in the 5,000 metres and 10,000 metres races in 2016.

In the documentary, titled ” The Real Mo Farah,” the 39-year-old said his father was killed when he was four during Somalia’s civil war and he was separated from his mother.

Farah said a woman he had never met brought him to Britain from Djibouti under the name of another child when he was nine.

Thinking at the time he was going to live with his relatives in Europe, Farah said he knew he was “in trouble” once they got to the woman’s flat in Hounslow, west London, when she took the contact details off him and ripped them up in from of him.

Farah said he had to look after the children if he wanted food, and he wasn’t enrolled in a school until three years later when the woman told school staff that he was a refugee from Somalia.

Farah later confided to his PE teacher Alan Watkinson, who helped him find a foster family and eventually get British citizenship in 2000.

The Home Office said on Wednesday that in line with its guidance, the department is not planning to take any action against Farah because he was a child when the false representation was perpetrated.

Upon hearing the news, Farah told the BBC that he felt “relieved.”

“For me, this is my country. If it wasn’t for Alan and the people who supported me throughout my childhood, then maybe I wouldn’t even have the courage doing [sic] this,” he said.

“There’s a lot of people I owe my life to, particularly my wife who has been very supportive throughout my career and who gave me the strength to come and talk about it.”

In an Instagram post on Wednesday, Farah said he did the documentary for his wife and children, “so they could understand more about the experiences that led us to becoming the family we are today.”

“Not every child will have the easiest start in life, but that doesn’t mean they can’t go on to achieve their dreams,” he wrote. “I hope you’ll all watch later and I can’t wait to hear what you think.”