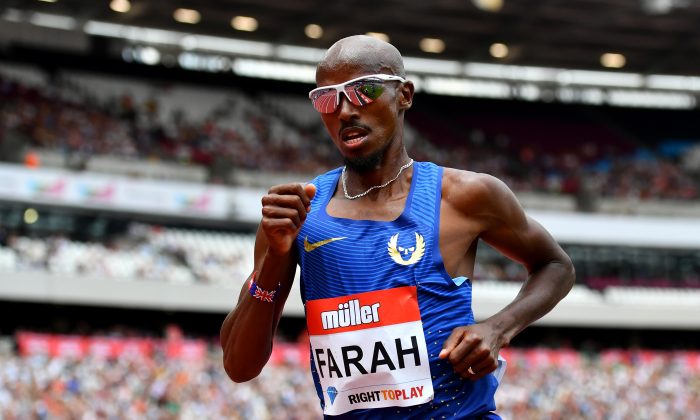 The UK’s Chancellor of the Exchequer, Nadhim Zahawi, has praised Mo Farah as a “truly inspirational” role model after the four-time Olympic champion revealed his true identity and that he was actually trafficked into Britain under a fake name at the age of nine.

The 39-year-old won gold in the 5,000 metres and 10,000 metres race at the 2012 Olympics in London and then successfully defended both titles at Rio de Janeiro four years later, but he has now revealed he was actually born Hussein Abdi Kahin.

In a BBC documentary he revealed he was brought to Britain from Somalia illegally at the age of nine and was given the name—Mohamed Farah—of a dead child.

In the documentary Farah said: “Most people know me as Mo Farah but it’s not my name or it’s not the reality. The real story is I was born in Somaliland, north of Somalia, as Hussein Abdi Kahin. Despite what I’ve said in the past, my parents never lived in the UK.”

He said the truth was that his father was killed in Somalia’s civil war in 1987, when he was four, and he was taken from his mother and brought to Britain illegally from Djibouti by a woman he had never met before.

Farah says he did not go to school for three years but was eventually enrolled at Feltham Community College by the woman, who told staff he was a refugee from Somalia.

He says he kept up the pretence, including using the name Mo Farah, for decades and became a British citizen, eventually winning gold for Britain at two Olympic Games.

‘I Don’t Think I Was Ever Ready to Say Anything’

In the documentary Farah said, “I don’t think I was ever ready to say anything, not because you want to lie, but because you’re protecting yourself.”

The Home Office is not planning to take any action against Farah and its guidance makes clear, “If the person was a child at the time the fraud, false representation or concealment of material fact was perpetrated (that led to citizenship), the caseworker should assume that they were not complicit in any deception by their parent or guardian.”

Farah—who is now thought to be worth £3 million ($3.5 million), mainly through endorsements—set up the Mo Farah Foundation in 2011, which funds mobile health units in Somalia.

Zahawi, whose parents brought him to Britain from Saddam Hussein’s Iraq as an 11-year-old, told the BBC on Tuesday: “I salute Mo Farah. What an amazing human being to go through that trauma in childhood, and to come through it and be such a great role model is truly inspirational—and exemplary.”

Cases such as Farah’s are believed to be extremely rare, but occasionally children do enter Britain under false pretences.

In 2017 Prashad “Bullet” Sothalingam, 26, was jailed for life for murdering a gang rival with an axe in Mitcham, south London. The court heard Sothalingam had come to Britain as an illegal immigrant at the age of 15 and lied about his past—claiming both his parents died in the 2004 tsunami—in order to stay in the country.