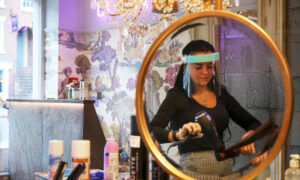 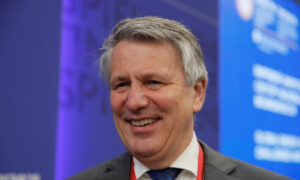 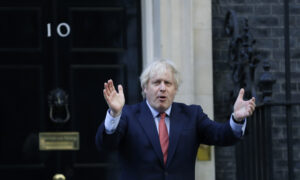 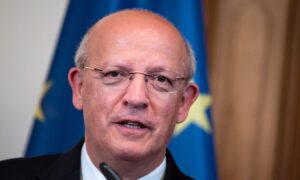 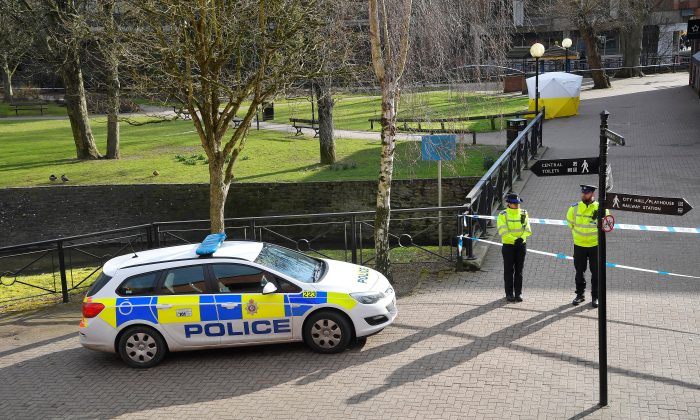 Police vehicles are parked outside a restaurant near to where former Russian inteligence officer Sergei Skripal, and his daughter Yulia were found unconscious after they had been exposed to an unknown substance, in Salisbury, Britain, March 7, 2018. (Reuters/Toby Melville)
UK

LONDON—A British police officer who was harmed by a nerve agent used in an attack on a Russian ex-spy is now able to talk to people although his condition remains serious, interior minister Amber Rudd said on Thursday March 8.

Former double agent Sergei Skripal, 66, and his daughter Yulia, 33, were found unconscious on Sunday on a bench in the southern English city of Salisbury and have been in a critical condition in hospital since then. An unnamed police officer who was at the scene was also hospitalized.

“I heard this morning from the head of counter terrorism policing that he (the police officer) is at least engaging with, talking to, people, but that doesn’t mean that his situation isn’t serious,” Rudd said during an interview on BBC radio.

“It remains serious. He’s not in intensive care but it is a serious situation.”

Rudd, who declined to give any further details on the exact nature of the nerve agent used, said Britons should keep a cool head in reacting to the attack and wait for conclusive evidence about what happened.

She said the authorities would have a plan to respond to the attack, once the facts were known.