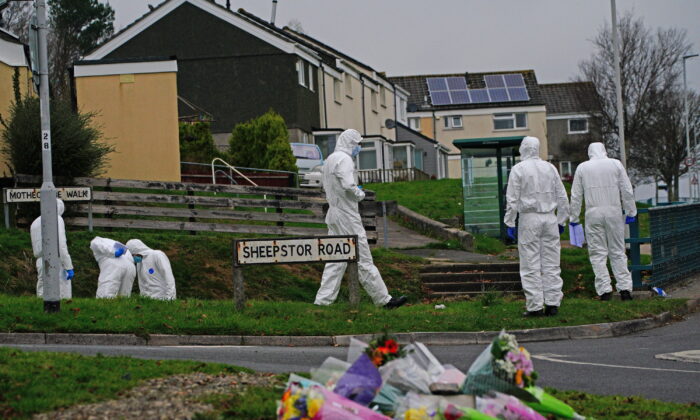 A musician has pleaded guilty to the murder of 18-year-old student Bobbi-Anne McLeod.

Cody Ackland, 24, entered the plea during a plea and trial preparation hearing at Plymouth Crown Court on Tuesday.

Ackland spoke only to confirm his name and date of birth and admit murdering the teenager on a date between November 19 and 23 last year.

Prosecutor Richard Posner asked for the sentencing hearing to be adjourned due to outstanding pathology reports to be served.

Close family members of the teenager, including her mother, father and brother, sat in the courtroom while friends watched proceedings on a video link from an adjacent court.

The teenager’s mother Donna McLeod was in tears throughout the brief hearing.

Posner told the court the prosecution “would not be seeking a trial” on a count of kidnap following Ackland’s plea to murder.

He said he was awaiting further evidence from a neuropathologist’s report that he hoped to be able to serve on the court before the end of the month.

Once he had received it, he would be ready to set out a full sentencing note detailing the facts of the murder.

Ray Tully QC, for Ackland, said that he would be providing the court with a psychiatric report about the defendant ahead of the sentencing hearing.

Judge Robert Linford adjourned sentencing until May 19 and remanded the defendant, of Radcliffe Close, Southway, Plymouth into custody.

The judge told him: “You have pleaded guilty to murder for which the sentence is fixed by law.

“I shall sentence you on May 19. The sentence will be a sentence of imprisonment for life.

“The only issue will be the minimum term which I must impose pursant to Schedule 21 of the Sentencing Act 2020.

“You will be remanded into custody until that date and you may go down.”

The judge also thanked the public for the “commendable way you have once again behaved during proceedings”.

Student McLeod was last seen waiting at a bus stop in Plymouth on the evening of Saturday November 20 last year, as she set off to meet friends.

Her body was found three days later near the beach at Bovisand, about seven miles from where she lived.

Police said there was “no known link” between McLeod and Ackland.

During an opening inquest held last year no cause of death for the teenager was given.

In the aftermath of McLeod’s disappearance, a friend told the PA news agency that she believed the victim “didn’t have a clue” who her attacker or attackers were.

She said her Airpod headphones and tobacco had been found at the bus stop where she was last seen.

“The fact Bobbi’s Airpods and baccy were at the bus stop, that shows she would have struggled,” the friend said.

A candlelit vigil was also held at the spot where the teenager was last seen alive.

Her mother attended and was visibly distressed during the vigil but was able to thank the crowd for all the love and support her family had received.

“Thank you for doing everything to try and find her and bring our baby home,” she said.

One boy at the vigil, aged 16, had known Ms McLeod while she was still at the same school.

“I hadn’t seen her for ages and I feel really bad about that, but we used to hang around together at school,” he said.

“She was just sweet, just nice, I think that’s why it’s hit me so hard, not that anyone deserves this, but it’s just awful that it happened to her.”

The other members of Rakuda announced in November they would disband “with immediate effect” but weeks later said they would be taking a “short hiatus from the music scene” with a view to reforming in the spring of 2022.

Alison Hernandez, police and crime commissioner for Devon and Cornwall, said: “I can’t even start to imagine the pain that Bobbi-Anne McLeod’s family and friends have been through over these past few months.

“While there is no justice that can bring Bobbi-Anne back, I’m pleased this case will be concluded swiftly and I truly hope the family will get the answers they need to provide some closure on this terrible incident.

“I’d like to thank the police for their hard work in bringing Cody Ackland to justice.

“I’d also like to thank the community of Plymouth who have shown courage, empathy and incredible support during this dark time for the city.”

Assistant chief constable of Devon and Cornwall Police Nikki Leaper added: “Our thoughts remain with the McLeod family and those close to Bobbi-Anne who have had a daughter, sister and friend so cruelly taken from them.”