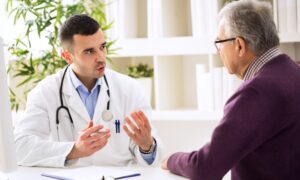 Using Stories to Mentally Survive as a COVID-19 Clinician
0 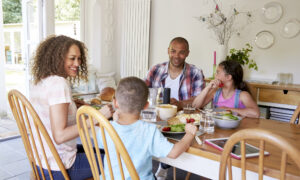 Picking Ourselves Back Up
0 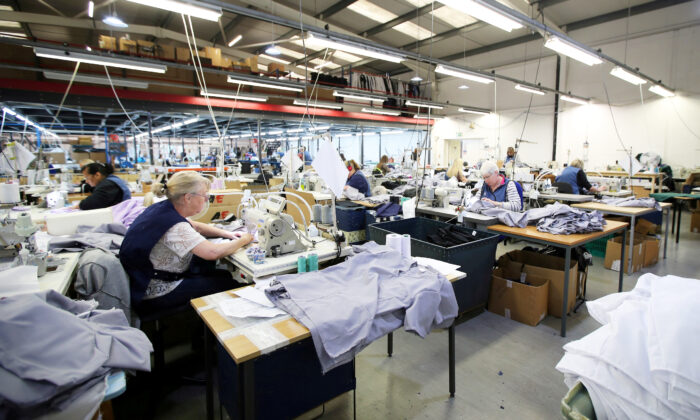 Tibard employees make uniforms for health workers at NHS at their factory in Dukinfield, Britain, on April 6, 2020. (Molly Darlington/Reuters)
UK

LONDON—The historic collapse in British manufacturing caused by the coronavirus lockdown abated in June as companies reported a small increase in output, a survey showed on Wednesday.

But a British employers group says immediate action from finance minister Rishi Sunak is needed after a record deterioration in business in the April–June period.

The IHS Markit/CIPS UK manufacturing Purchasing Managers’ Index (PMI) rose to 50.1 from 40.7 in May, unrevised from a preliminary reading and creeping back above the 50 line that signifies growth for the first time since February.

“The planned loosening in COVID-19 restrictions on July 4 should aid further gains in coming months.”

The survey is designed only to show the magnitude of monthly changes in output across businesses. The return to a reading above 50 does not signify a recovery to normal levels of manufacturing output.

In June, the Bank of England said Britain’s economy looked on course to have shrunk by around 20 percent in the first six months of 2020—a smaller decline than it had first feared, but still one of the biggest annual drops in 300 years.

The British Chambers of Commerce (BCC) said on July 1 its quarterly survey of 7,700 firms found the share of companies reporting growth in sales was far below even the low point of the global financial crisis of 2007–08.

“Our results demonstrate the need for swift and substantial action,” the BCC’s director general Adam Marshall said. “The UK cannot meander its way back to success in this era of uncertainty.”

Prime Minister Boris Johnson promised on June 30 to fast-track infrastructure investment and slash property planning rules. The spending announcement of 5 billion pounds ($6.2 billion) amounted to around 5 percent of gross public sector investment last year, most of which had already been announced.

Sunak is due to announce more details of the government’s plans next week, on top of the 133 billion pounds of emergency measures he has rushed out mostly to keep people in their jobs.

However, Sunak has so far opted not to bring forward a major budget statement which is due in the autumn.

The BCC said its survey showed orders and investment intentions at record lows for services firms and manufacturers.

Marshall called on the government to cut employers’ social security contributions and take other measures to help companies keep workers on their books after Britain’s huge state furlough scheme expires at the end of October.

Companies would need extra investment incentives and help to survive cashflow crunches in the form of wider relief from property taxes and more grants. The government should also take measures to stimulate consumer demand, Marshall said.

By Andy Bruce and William Schomberg