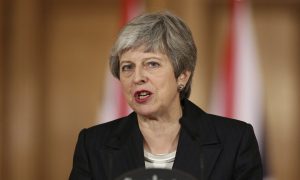 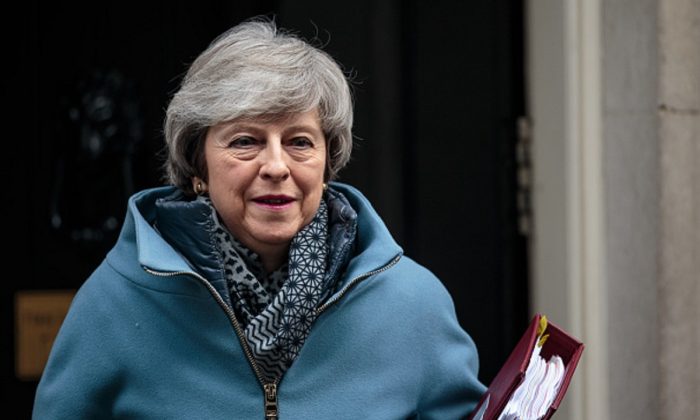 UK Lawmakers Vote to Seize Control of Brexit for a Day

British lawmakers wrested control of the parliamentary agenda from the government for a day in a highly unusual bid to find a way through the Brexit impasse after Prime Minister Theresa May’s EU divorce deal was rejected again.

Lawmakers will now vote on a range of Brexit options on March 27, giving parliament a chance to indicate whether it can agree on a deal with closer ties to Brussels—and then try to push the government in that direction.

Nearly three years after the 2016 EU membership referendum, and four days before Britain was supposed to leave the bloc, it remains still unclear how, when or even if Brexit will take place, with parliament and the nation still bitterly divided.

The vote underlined the extent to which May has lost authority over her own lawmakers and ministers, though she said the government would not be bound by the results of the so-called indicative votes.

“The government will continue to call for realism—any options considered must be deliverable in negotiations with the EU,” said a spokesman for the Department for Exiting the European Union.

Brexit minister Stephen Barclay had said on Sunday that if parliament took control of the Brexit process, a snap election—which the main opposition Labour party would be likely to back—could be the consequence.

May too has made clear that she would not implement a proposal that ran counter to her election manifesto, which promised a clean break with the EU.

But while lawmakers may struggle to turn Wednesday’s indicative votes into law, if they do reach some kind of a consensus, it would pile pressure on a prime minister who has accused parliament of having no more viable solution than her deal.

Monday’s vote was put forward by Oliver Letwin, a lawmaker in May’s Conservative Party. The prime minister had earlier admitted that the deal she had agreed with the EU after two years of talks still did not have enough support to pass.

May has not ruled out bringing back her deal for a third time this week. Thursday would be the most likely day.

The Sun newspaper reported that she had suggested on Sunday that she could resign if that persuaded enough doubters in her party to back her deal.

Some of her lawmakers have already publicly urged her to go.

Parliament backed Letwin’s proposal more clearly than had been expected, by 329 votes to 302, helped by three junior ministers who resigned in order to defy the government line.

“The amendment … upends the balance between our democratic institutions and sets a dangerous, unpredictable precedent for the future,” the Brexit department spokesman said.

Sterling rose slightly after the votes but the gains were muted with traders little wiser about when, how, and even if Britain will exit the European Union.

“No government could give a blank check to commit to an outcome without knowing what it is,” May said before the vote. “So I cannot commit the government to delivering the outcome of any votes held by this house.”

Opposition leader Jeremy Corbyn raised the prospect of putting any proposal supported by lawmakers back to the people.

“This House must also consider whether any deal should be put to the people for a confirmatory vote,” he told parliament after the votes.

Last week, the EU agreed to delay Britain’s original March 29 departure date because of the deadlock. Now, it will leave the EU on May 22 if May’s deal is approved this week. If not, it will have until April 12 to outline its plans.

European Council President Donald Tusk said last week that all Brexit options were still open for Britain until April 12, including a deal, a departure with no deal, a long extension – or even revoking Article 50 and remaining in the EU.

To get her deal passed, May must win over at least 75 MPs who voted against her on March 12 – dozens of rebels in her Conservative Party, some opposition Labour Party MPs and the Northern Irish Democratic Unionist Party (DUP), which props up her minority government but has rejected her deal so far.

Earlier, May’s divided cabinet of senior ministers had met to discuss a way forward. Some reports said ministers had “war-gamed” a national election.

“I think we’re going to end up with a general election before the end of this year, probably in the summer,” Conservative lawmaker Andrew Bridgen, who supports Brexit, told Sky News.