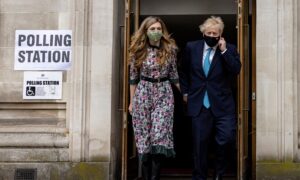 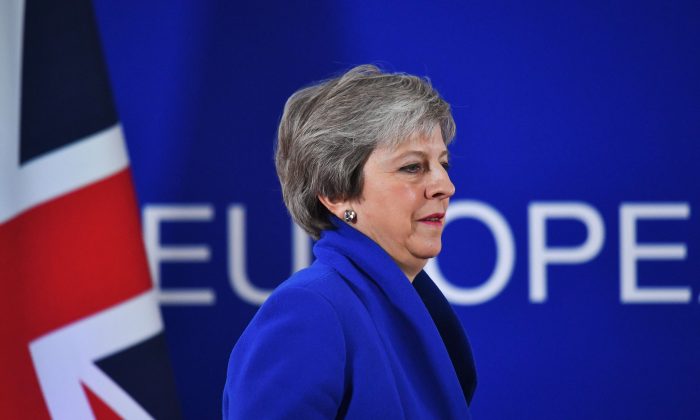 LONDON—Britain’s government has stepped up its warnings that a “no-deal” Brexit would hammer the economy, and pressed lawmakers to drop their opposition to Prime Minister Theresa May’s plan, which it said would limit the damage.

Acknowledging that any Brexit option would be worse for the economy than staying in the European Union, the government said leaving the bloc without any agreement with Brussels would weigh heavily on growth at least into the 2030s.

Finance minister Philip Hammond said the plan that EU leaders approved Nov. 25 “delivers an outcome that is very close to the economic benefits of remaining in.”

In a scenario based on the Brexit plan that May announced in July, rather than the Nov. 25 agreement, national output would be 2.1 percent smaller in just over 15 years’ time than if Britain remained in the bloc, the government said.

If there was no deal, it would be 7.7 percent smaller.

The report was immediately criticized by supporters of a more definitive break with Brussels as a “Project Fear” attempt to scare opponents of the plan.

But opponents of Brexit said it undermined promises by Brexit campaigners that leaving the EU would make Britain, and Britons, more prosperous.

“These figures show that the government’s stated policy is to make our economy smaller and weaker,” said David Lammy, a lawmaker from the opposition Labour Party, who wants Britain to stay in the EU.

The government’s forecasts assumed for the purposes of comparison that there would be no changes to migration rules, but that some non-tariff trade barriers would be introduced.

The report said Britain’s automotive and chemicals sectors faced the biggest potential losses from a no-deal Brexit—more than 20 percent of output.

But there remains a real prospect of a disruptive Brexit, given the scale of opposition to May’s plan in Parliament, where it faces a vote Dec. 11.